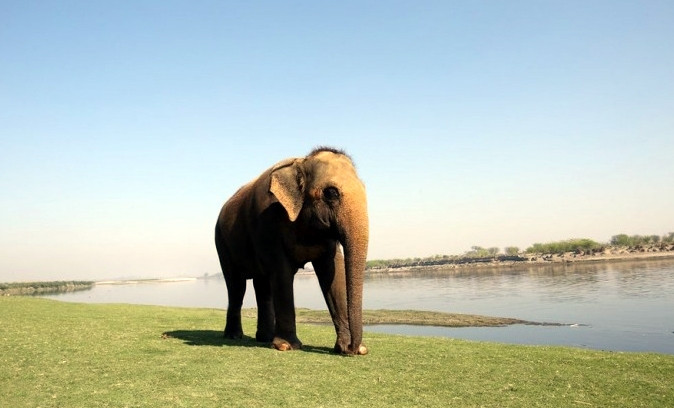 Thiruvananthapuram, Nov 27
The Kerala forest department will tranquilize the wild tusker code-named, 'PT 7' that was responsible for trampling to death 65-year-old Sivaraman a couple of months ago.
The department will put the elephant in the Muthanga wildlife sanctuary in Wayanad. The decision was taken after the local people held protest marches as the tusker was frequenting the human habitations and destroying crops and properties.
Prabhakaran Nair, a 72-year-old farmer from Dhoni in Palakkad while speaking to IANS said, "At last the Palakkad forest department has taken the decision to capture the tusker after tranquilizing it. This tusker has created umpteen problems for us. including killing a morning walker, Sivaraman. The elephant is regularly destroying our crops."
The residents also said that in the past few months many people have shifted their residences to their relative's homes after the presence of the elephant at odd hours of day and night. The tusker was also destroying crops at will and more than 90 per cent of the population of the area lives by farming and agriculture.
The forest department will also deploy two Kumki elephants to capture 'PT 7', which is considered dangerous as the elephant killed a human being and hence the process would be well planned and executed without any flaws, said the forest department officials.