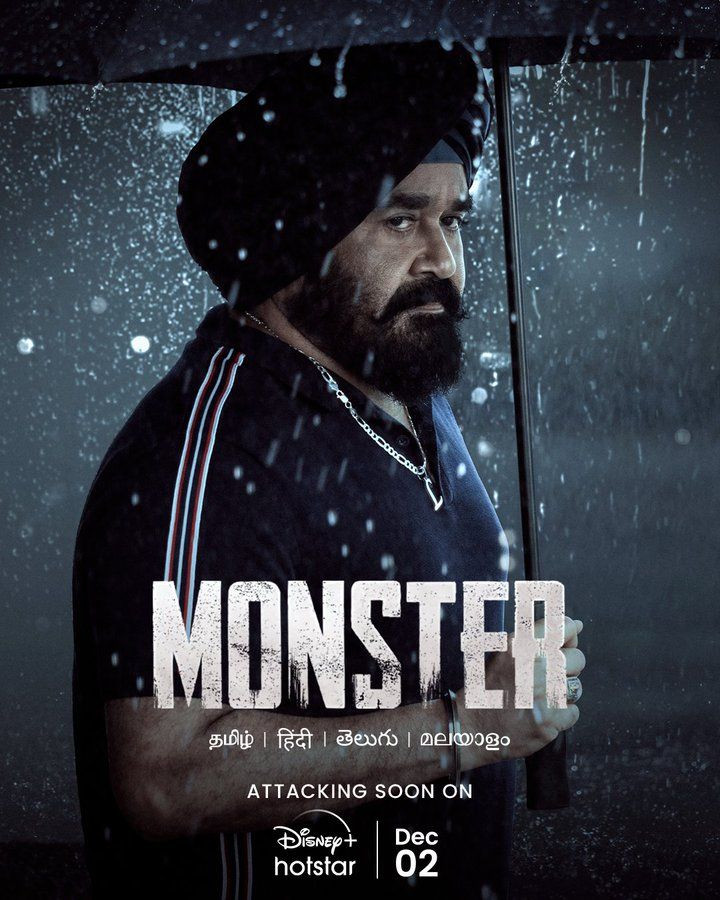 The crime thriller made by Vyshakh, the director known for heavy-budget blockbusters, will start streaming online on December 2 on Disney+ Hotstar. The film tells the story of Lucky Singh, who comes from Delhi to sell the flat he bought in Kochi. Produced by Anthony Perumbavoor under the banner of Aashirvad Cinemas, the film is scripted by Uday Krishna.

Monster's key merit is that it fearlessly and intensely depicted a narrative that has not previously been explored in Malayalam. Apart from Mohanlal in the lead role, the performances of many actors like Honey Rose, Manju Lakshmi, Lena, Sudev Nair, Ganesh Kumar, Johnny Antony, Siddique, and others add to the quality of the film. Deepak Dev's music and Satish Kurup's cinematography are the other factors that have made the film enjoyable. The editing of Shameer Ahmed offers the spectator a fresh visual experience.