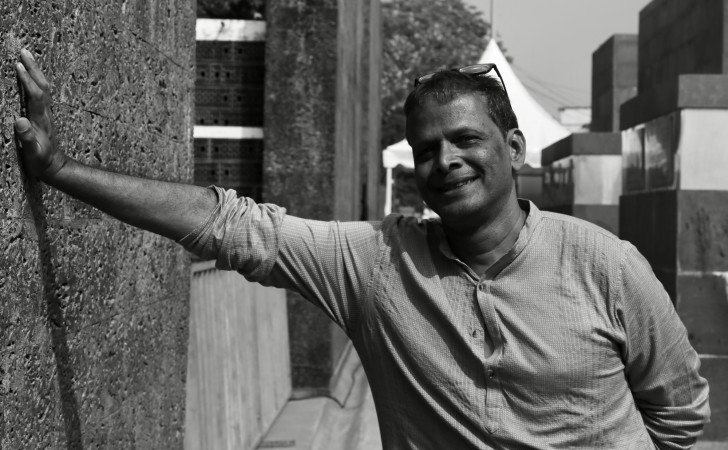 Kozhikode, Jan 16
When Jerry Pinto wrote his latest 'The Education of Yuri', which is already in its second edition, he thought the readership would be people his age, who went to college in the 1980s and lived through that egregious decade.

"But I have received messages from students who have just finished college, saying that many of the things Yuri goes through have resonated with them. I relish these because I see in them the power of the story," the author said.

'The Education of Yuri' (Speaking Tiger) revolves around a 15-year-old and his encounters with life -- finding a friend, losing him, first sexual encounter, learning about jealousy, shame, desire, guilt, and his brief flirtation with Naxalism.

The author said he has been keeping diaries ever since his teenage years and went back to them, only to discover "how shallow I was, and at the same time, how thin-skinned and sensitive".

He also found them of little use in Yuri's life, but they were invaluable because he had made notes about prices, how much books cost, the price of a vada pao, and the decision whether to buy a book or a meal...

"It was a time of huge change; the Emergency was a memory and we thought that nothing like that would or could ever happen again. There was a temptation to give Yuri some prescience, but I remembered that we were an optimistic bunch. Then, Rajiv Gandhi was assassinated and we were also plunged into gloom. There was a time when if you wanted to make an audience laugh, you had to only mention computers and the 21st century and everyone knew you were mocking Rajiv Gandhi's obsession with the digital world," said the Sahitya Akademi Award and Widham-Campbell Literature Prize winner.

A poet, writer and translator, who has to his credit around 15 books across genres, said he used to believe in the unitary self as a child, but reading philosophy, especially Indic philosophy, led him to the conclusion that the limits we put on ourselves are self-imposed.

"We can be who we want to be as long as we are willing to do the work. I think the roles are on a spectrum and really what needs to be managed is the demands of the ego -- that spoilt child whom we all harbour. My inner child is a brat and wants always to be in the front and centre. Translation teaches him to accept second place and to give another author and another language primacy," said the author of 'Em and the Big Hoom' and 'Murder in Mahim', who is at the ongoing Kerala Literature Festival (KLF) being held here.

An important translator of contemporary times, who has introduced several major Indian language writers to the English reading audience, Pinto feels he has irrevocably changed as a writer.

"My ears ring with new sounds, my heart is filled with new music, and my soul is enriched by each translation experience."

The author, who has also written for the younger audience, including 'A Bear for Felicia', 'Anya and Her Baby Brother', 'Tickle Me, Don't Tickle', puts in energy into a market where Western voices dominate.

Pinto, who consumed Enid Blyton as a child and wished there were stories about children like him who lived in India, said, "I started writing these stories for that young Jerry who sat in libraries and wondered why he could not see himself in those books. Now there are lots of authors who are writing books for children. But there are parents who are not buying our books. I believe though that this will change over time and Indian middle-class parents will see the value of thinking global and reading local."

Mumbai has been a muse for Pinto, but he does see a 'difference' between Mumbai and Bombay.

"Bombay is an Anglophone myth of an island city of privilege holding on to its exclusivity and guarding its borders. Mumbai is a voracious hinterland of can-do energy. Both cities are toxic in different ways, but that is the nature of the city beast."

The author said his process is two words -- every day.