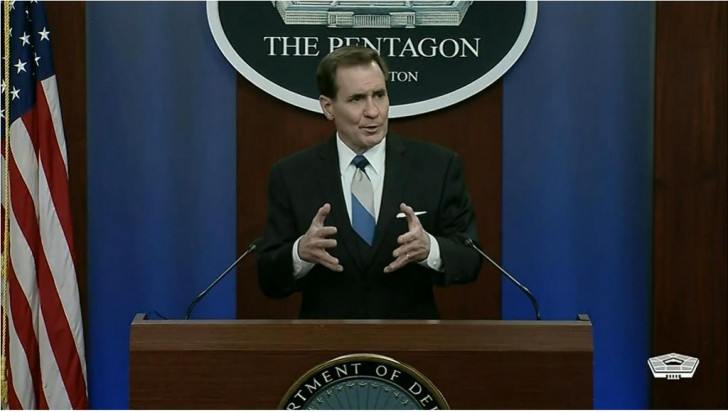 Washington, Jan 21
White House National Security Council spokesman John Kirby confirmed that the US will designate Russia's Wagner Group, a private military company believed to have about 50,000 mercenaries in Ukraine, as a 'Transnational Criminal Organization'.

Kirby, while making the announcement on Friday at a White House press briefing, said the group is "committing atrocities and human rights abuses in Ukraine and elsewhere".

"In coordination with this designation, we will also impose additional sanctions next week against Wagner and its support network across multiple continents.

"These actions recognize the transcontinental threat that Wagner poses, including through its ongoing pattern of serious criminal activity," the spokesman was quoted as saying in an official release.

According to Kirby, Russian President Vladimir Putin is increasingly turning to the Wagner Group, which is owned by oligarch Yevgeniy Prigozhin, for support "as his military continues to struggle in Ukraine".

"We are seeing indications, including in intelligence, that tensions between Wagner and the Russian Ministry of Defence are increasing. Wagner is becoming a rival power centre to the Russian military and other ministries," said Kirby.

"Publicly, Prigozhin and his fighters have criticized Russian generals and defence officials for their performance on the battlefield.

"Prigozhin is trying to advance his own interests in Ukraine, and Wagner is making military decisions based largely on what they will generate for Prigozhin, in terms of positive publicity," the spokesman alleged.

He went on to say that according to US estimates, Wagner currently has approximately 50,000 personnel deployed in Ukraine, including 10,000 contractors and 40,000 convicts.

Kirby also claimed that US intelligence photographs have revealed Russian rail cars entering North Korea, where they allegedly picked up infantry rockets and missiles for later use by Wagner forces.

"We will work relentlessly to identify, disrupt, expose and target those who are assisting Wagner," he said.

"We do expect that it (Wagner) will continue to receive North Korean weapon systems... We obviously condemn North Korea's actions and we urge North Korea to cease these deliveries to Wagner immediately and we are going further by taking action against Wagner itself," he added.

Last month, the Department of Commerce designated Wagner as a military end user, which means the US expanded the Entity Listing of Wagner to ensure that it cannot access any equipment anywhere in the world, based on American technology or production equipment.