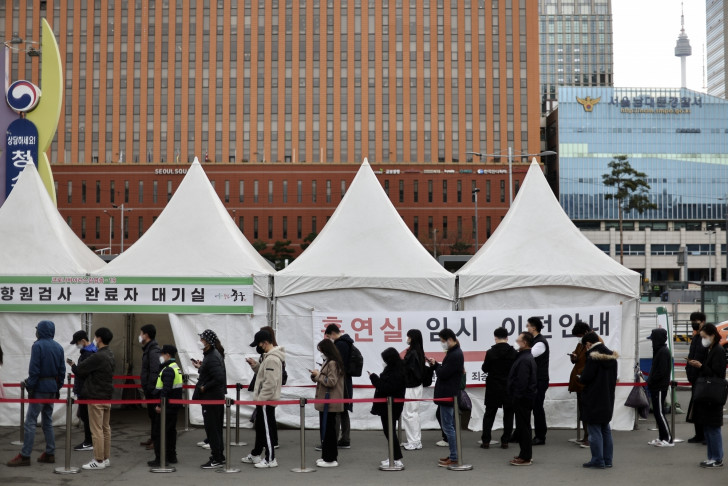 The new cases, including 60 from overseas, brought the total caseload to 30,008,756, the Korea Disease Control and Prevention Agency (KDCA) was quoted by Yonhap news agency as saying.

The nation, with a population of 51.6 million, also reached the grim milestone of 30 million, three years after its first Covid-19 case was reported on January 20, 2020.

The country added 26 Covid-19 deaths, bringing the death toll to 33,235. The number of critically ill patients came to 450, slightly down from 460 the previous day, the KDCA said.

On Friday, the government said it will lift a mask mandate for most public indoor spaces on January 30, but people will still be required to wear masks on public transportation and in medical facilities.

The government has also been closely watching overseas visitors amid the recent surge in infections in China following Beijing's lifting of its zero-Covid policy in December.