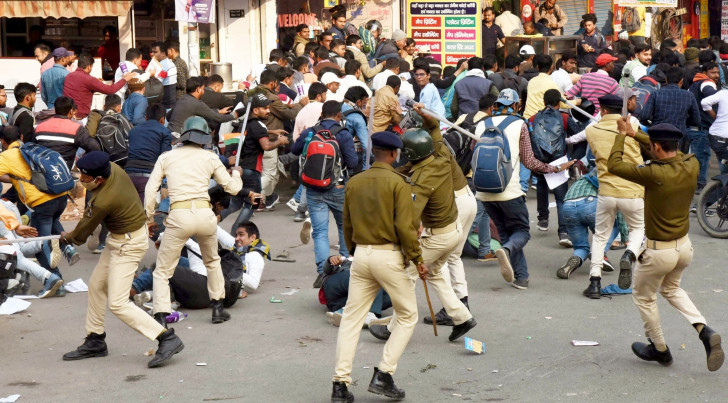 Patna, Jan 25
A protest was staged at the Bypass police station in Patna after a Sub-Inspector (SI) allegedly misbehaved with a woman.

The incident took place on Tuesday evening when the SI deployed at the Bypass police station went to a tea stall in Mathnital locality and brutally beat the vender accusing him of being involved in illegal liquor trade.

When the vender's mother came to his rescue, the SI misbehaved with her and tore her clothes.

Following the incident, a large number of local traders assembled in the area and the SI sensing that he may be cornered by them, fired some rounds in the air and escaped.

The local traders claimed that cops of the Bypass police station used to take a weekly levy from every traders and those refusing to pay are arrested on the charges of illegal liquor trade.

The protesters burnt tyres on the Bypass Road and blocked it for two hours.

The road was opened after the intervention of senior police officers.