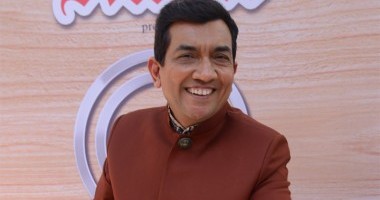 The conventional dal-roti staple apart, every Indian kitchen is witnessing experiments galore. Whether it's a desi twist to the Italian pasta or a tinge of the batata vada in a burger, Indians are trying food items and cuisines more than ever before, says veteran star chef Sanjeev Kapoor.

The 50-year-old, best known for his apron-clad avatar behind the kitchen counter look in TV's "Khana Khazana", says he has witnessed a wave of change in the country's culinary system in his over two-decade career.

"A lot of change has come in India's culinary system. By watching cookery shows, people have broadened their cooking skills. They have started making their own recipes. Now chefs don't hesitate in trying out new recipes," Kapoor told IANS during an interview here.

"There was a time when people were happy being restricted to 'dal-roti', but now experiments are happening in every kitchen," he added during a cookout session ahead of the new season of "MasterChef India", where aspiring chefs worked on innovative vegetarian recipes.

Kapoor, a judge on the Star Plus show, believes that it's not just Indians' affinity for international cuisines that has seen an upsurge. The country's regional delights have also found several takers - for example, people in the north are hogging on dosas and idlis.

"Food is no more divided amongst regions. Unlike times when dosa (fermented crepe made from rice batter) was only a favourite in southern states, it is now becoming popular in other regions too.

"Due to various information sources like books, internet and TV, people's curiosity for regional food recipes has increased.

"Also, international cuisine has become a centre of attraction now. Earlier, it was considered a part-time meal. But now people are consuming it on a regular basis," said Kapoor, who has authored many cookbooks, is a restaurant owner and consultant and has appeared in shows like "Sanjeev Kapoor Ke Kitchen Khiladi" and "MasterChef India" - and also launched the FoodFood channel.

While he agrees that foreign food items are being lapped up by the new generation, he strongly feels that international cuisine in India always ends up getting a "totally different" twist.

"Nowadays more of international foods like macaroni and pasta are becoming popular in India. But Indians are giving it a 'desi' touch by adding spices to it. So, it should be called Indian food not international," he said.

"The pasta and macaroni that people cook here are not similar to what you get abroad. Here (in India), there is no difference between a 'batata vada' and a burger," he said.

Therefore, he conjectured that at least for the next 10 to 20 years, it will be India's regional food which will be in high demand in the country, no matter how much the availability of international cuisines increases.

He feels that while several restaurant owners are emphasising on their eatery's ambience, design and dressing of the food "just to seek the attention of customers", "taste of the food must also be kept in mind" to pull in long-term patrons.

(Sandeep Sharma can be contacted at [email protected])