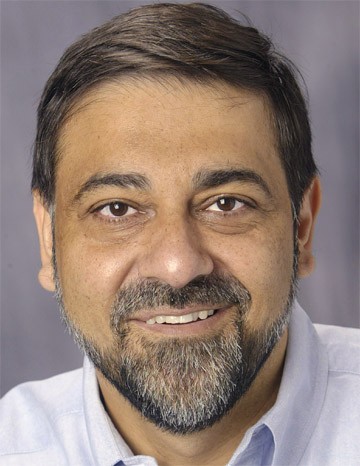 This is not what India needs.

The White House is claiming victory for a breakthrough in the impasse with India over nuclear energy. Indian laws have held suppliers, designers and builders of nuclear plants liable in case of an accident and this made U.S. companies fearful of doing business there. During his recent trip, President Obama persuaded India’s government to create an insurance pool to compensate victims of a potential disaster and to cap the liabilities of companies supplying the technology.

This is hardly a victory for the United States or for India. It no longer makes sense for any country to install a technology that can create a catastrophe such as Chernobyl or Fukushima — especially when far better alternatives are available. Technologies such as solar and wind are advancing so rapidly that by the time the first new nuclear reactors are installed in India, they will be less costly than nuclear energy. Most importantly, the alternative technologies are cleaner and safer.

Take solar energy, which has become a political hot potato in the United States because of Obama’s support of solar companies that failed. Critics are arguing that solar is inefficient, too expensive to install, and unreliable, and will fail without government subsidies. They argue that after decades of development, solar power hardly supplies 1 percent of the world’s energy needs and that we need to double our bets on fossil fuels and nuclear. But they are simply wrong.

Solar power has been doubling every two years for the past 30 years — as costs have been dropping. At this rate, solar is only six doublings — or less than 14 years — away from meeting practically all of today’s energy needs. Even with this, we will be using only one part in 10,000 of the sunlight that falls on the Earth.

In places such as Germany, Spain, Portugal, Australia and parts of the United States and India, residential-scale solar production has already reached “grid parity” with average residential electricity prices.  In other words, it costs no more in the long term to install solar panels than to buy electricity from utility companies — without government subsidies. The prices of solar panels have fallen 75 percent in the past five years alone and will fall much further as the technologies to create them improve and scale of production increases.  By 2020, solar energy will be price-competitive with energy generated from fossil fuels on an unsubsidized basis in most parts of the world.  Prices will keep dropping and efficiency will keep increasing even after this. In the late 2020s, these will cost a fraction of what fossil fuel- and nuclear-based alternatives do.

This is the reality — believe it or not.

Yes, there is an issue of energy storage for when the sun is not shining. Batteries are expensive and their capacity is limited. But these technologies are also advancing rapidly. They will improve over the next decade to the point that storage devices will be economical and sufficient for homes and villages. For India, energy production using solar will alleviate the problems of its decaying national electricity grid. Energy can be generated and stored locally — at the village level.

Wind, biomass, thermal, tidal, and waste-breakdown energy, and a host of newer energy technologies are becoming increasingly practical to install worldwide. Wind power, for example, is already competitive with the cost of new coal-burning power plants in the United States.

The president should not be prescribing medicine that he would not take himself. The United States has not installed any new nuclear plants for more than 30 years. There would be massive public protests if any were even proposed — anywhere in the country. Germany is working towards phasing out all of its nuclear plants by 2022 and many other developed countries are looking to follow its lead.

So why subject India and other developing countries to these dangers?

India is still reeling from the Bhopal disaster of 1984, when a leakage of cyanide gas at the Union Carbide plant killed 5,295 people and left tens of thousands with permanent disabilities. The surviving victims are still begging for fair compensation. This was a chemical catastrophe; a nuclear one would be far more destructive.

Instead of trying to chain India to the past with technologies such as nuclear, he should help the country leapfrog into the future with clean energy. This will benefit not only India, but also the world.

Author: The Immigrant Exodus—an Economist Book of the Year, 2012 and Innovating Women