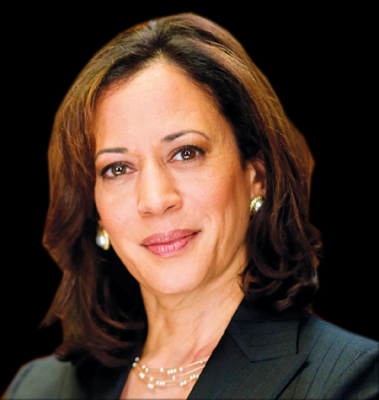 Washington, Feb 5
California's Indian-American Attorney General Kamala Harris, a "good friend" of President Barack Obama, has won the support of the lone Indian-American House member Ami Bera in her run for the Senate.

California-born Harris, 50, the state's first Indian-American and first African American top law officer had last month thrown her hat into the ring for the 2016 race to replace fellow Democrat veteran Barbara Boxer in the US Senate.

Harrison's mother Dr Shyamala Gopalan is a breast cancer specialist who emigrated from Chennai in the 1960s while her father Donald Harris is an economics professor at Stanford University.

"As a fellow lifelong Californian, I'm proud to support Kamala Harris in her campaign for the US Senate," said Bera, who is co-chair of the Congressional Caucus on India and Indian Americans and a member of the House Foreign Affairs Committee.

Born and raised in California, he is the third Indian-American member of the US House of Representatives after current Louisiana governor Bobby Jindal and Dalip Singh Saund.

"She is a defender of the middle class and has a strong record of standing up for women's rights. I can't think of a better role model for my own daughter," said Bera in a statement Wednesday

"I look forward to supporting her in the months ahead and to working with her on the issues that matter to Californians," he said.

"I'm honoured to have Dr. Bera's support," said Harris. "He is a champion of California middle class families on issues like health care and education, a strong proponent of growing our California economy, and a national leader in the Indian American community."

"I appreciate his strong endorsement and look forward to partnering with him in the future," added Harris, the former district attorney of San Francisco who has just started her second term as California attorney general.

Obama last year caused a bit of a stir when he called Harris "by far the best-looking attorney general."

(Arun Kumar can be contacted at [email protected])