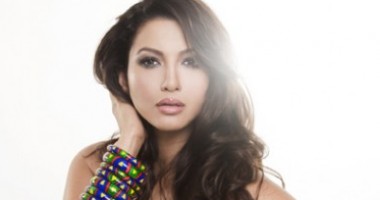 Actress Gauahar Khan, who has signed a Punjabi movie featuring singer-actor Jassi Gill, says the latter is helping her learn some chaste Punjabi.

Seen in movies like "Rocket Singh: Salesman Of The Year" and "Ishaqzaade", Gauahar is excited about her first Punjabi movie which is a romantic comedy.

Talking about how she's been preparing for her role, she said: "Jassi is my tutor and has been teaching me certain chaste Punjabi words. Having had Punjabi friends, I am familiar with the language, but I have to work on the fluency.

"In fact, we shot a song recently and everyone in the unit was shocked that I could lip sync so well."
-*-

Old is gold for Randhir Kapoor

"I don't understand the songs that are made today but that's because I am from a different generation. My love for the kind of music that played during our era will never cease to exist," the actor, who turned 68 Feb 15, said during a talk on radio channel 92.7 BIG FM.

Actress Radhika Apte, who has styled up with spunky bangs for her forthcoming release "Badlapur", has chosen to go deglam for her next movie "Hunterrr".

While she will be seen playing an edgy character in "Badlapur", which releases Friday; "Hunterrr", which hits the screen exactly a month after the former, will see Radhika play a non-glam version of herself.

Radhika was briefed during the narration that her character would sport a simple look but was in for a surprise on the first day of the shoot when she arrived to see there wasn't vanity of any kind on the sets. She was amused to see there was no appointed hair or makeup person for her, and then her director explained the character's requirement.

She was apprehensive initially, but she's happy with the result.

"Any actor who is told to go de-glam obviously feels apprehensive for a quick second but I have done this before, so I was convinced sooner. I think my apprehension was that because I have done this earlier I didn't want to be typecast.

"Also, given the plot of the film, I think I went in expecting something slightly glamorous. But the director was really particular about sticking to the look.

"We had to especially craft the looks in a way so as to accommodate a no hair and makeup feel to suit my character's need. Obviously everyone was being nice and tried to talk me into it. But later I realised it wasn't a typecast whatsoever and I was totally on the same wavelength as the director."

"Hunterrr" itself is said to be a coming-of-age film which revolves around an unassuming sex addict and his lustful journey through life. Directed by Harshavardhan Kulkarni, it also stars Gulshan Devaiah.