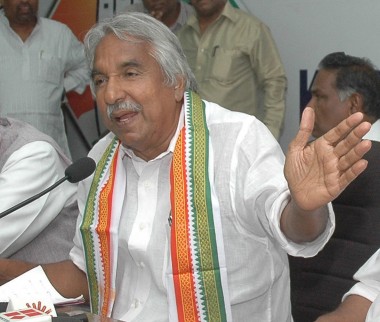 Thiruvananthapuram:Kerala Chief Minister Oommen Chandy on Wednesday urged Prime Minister Narendra Modi to act fast to help Keralites stranded in strife-hit Yemen.In a letter, Chandy said that he was getting frantic calls from young Kerala nurses in Yemen.He pointed out that Pakistani and Chinese nationals had already been evacuated."They (nurses) all are literally weeping and are afraid for their lives if urgent steps are not taken," wrote Chandy.He also pressed Modi to to prevail upon the Saudi Arabia to ensure landing facility for Indian flights in Sanaa and other airports in Yemen.He said all Indians who want to return may be provided an exit pass and permission to leave Yemen without paying any fees."Some hospitals including the Sanaa Military Hospital are not permitting our nurses to leave Yemen. They are demanding compensation and withholding the passports," Chandy said. "The Indian embassy should contact all such hospitals and do the needful since the nurses and paramedical staff cannot pay any compensation," he added.Kerala government sources said some 600 Keralites were awaiting a relief flight from India in Sanaa airport.