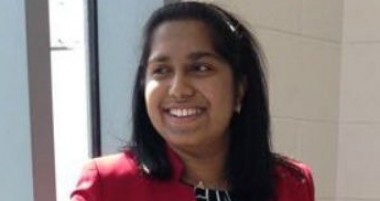 Kolkata, April 17
The acceptance of an Indian-American teen into eight Ivy League schools in the US will help debunk misconceptions about integrated science, technology, engineering and mathematics (STEM) approach to education in India, experts said here on Thursday.

Virginia-born Indian-origin student Pooja Chandrashekar, 17, was recently accepted by 14 top US universities, including eight Ivy League schools. She is known to encourage American teen girls to participate in STEM programmes, which integrate these four disciplines for a holistic experience.

"The misconception is that STEM is only one unpackaged topic - science, technology, engineering and mathematics. In order to change that misconception, her (Chandrashekhar) getting into those schools is actually a very positive message for India," Ryan Cox, a sustainable farming technology entrepreneur, told IANS.

He was here to talk about the STEM-based laboratory at the STEM World School, near Barrackpore, the first in eastern India.
Cox said though Indian students are proficient in solving problems, an inter-disciplinary approach like STEM could foster better careers.

"We have such talented students here. They have the ability to solve problems, ability to apply it; so by changing the methodology and giving them the chance to work in collaboration with peers, we not only create better students and problem solvers but better careers," he said.

"When you are given a real world problem to solve, you gravitate towards innovation naturally and that is where the linkage between these four disciplines comes in handy," Bricston told IANS.

In the US, there is a projected increase of around 20 percent to 62 percent jobs in various STEM related fields between 2010 and 2020, while countries like Turkey, Qatar and Britain have taken serious initiatives in STEM education.

A recent study by Defence Research and Development Organisation revealed that in India, just four out of 1,000 young students opt for a career in science, technology or research.