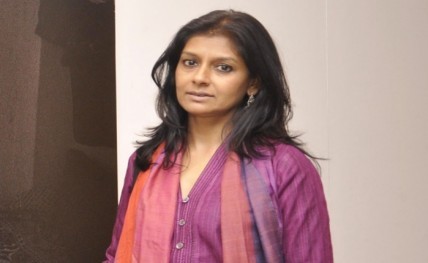 Kolkata, Aug 31: Award winning actress Nandita Das is "uncomfortable" with labels such as 'festival films' that create a divide among audiences. She believes people are keen to watch such films, but are not able to access them.

"It doesn't have to be a festival versus audience kind of a film. These regional films while they cut across, while they can be the international thing... finally, a filmmaker who makes it would want all audiences to watch it in their own city, state and all over. This divide is where one is uncomfortable," Das said here.

She was a discussant on the topic 'What is regional cinema, what is national cinema' here on Sunday to commemorate the 60th anniversary of Satyajit Ray's "Pather Panchali".

The "Fire" and "Earth" actress said such labels have affected some really good films, which are human stories, but couldn't reach out to a wider audience.

"When you are making an independent film (for the lack of a better word) and then you are also doing the festival thing and not be labelled as that this is a festival film, this is for the classes, this is not for masses (sic).

The "Firaaq" filmmaker, known for her strong performances in numerous south Indian films, said the common man "wants to watch regional films but will never have access to it".

"That's why we keep coming back to the fact there is too much interference and nexus between the producer, distributor, audience and all of these people, and the director is kind of (caught) between them," she said.