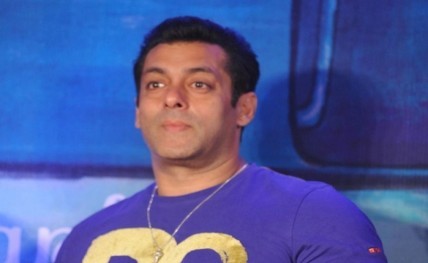 New Delhi, Aug 31: The Supreme Court on Monday declined a petition seeking cancellation of bail of Bollywood actor Salman Khan who was convicted and sentenced in a hit-and-run case.

The apex court bench headed by Chief Justice H.L. Dattu while declining the plea by one Sishilabai Himmat Rao Patil - the mother of Mumbai policeman and former PSO of Salman Khan Ravindra Himmatrao Patil - permitted her to withdraw her petition.

When her counsel M.L. Sharma urged the court to permit the petitioner to go to high court to raise the issues, the court said it was not stopping him from any course of action.

Sishilabai Himmat Rao Patil had moved the court seeking to be impleaded as a party in the hearing of the appeal by Salman Khan by Bombay High Court challenging his conviction and sentencing by the trial court coupled with the cancellation of bail and enhancement of sentence.

The petitioner's mother said her son Ravinder Himmsatrao Patil has contended that he was seated along with Salman Khan when the incident took place on the intervening night of 27/28 September 2002.

Ravindra Himmatrao Patil has alleged that Salman Khan, who was driving the car, was drunk when the incident took place.

The petitioner had challenged the Bombay High Court order granting bail to Salman.

Salman was granted bail by the Bombay High Court on the very day he was convicted and sentenced by the sessions court.

On May 6, Khan was found guilty in the September 28, 2002 hit and run case and sentenced to five years' jail for various charges, including 'culpable homicide not amounting to murder'.

One person was killed and four injured when the actor's car ran over them while they were sleeping on a pavement.