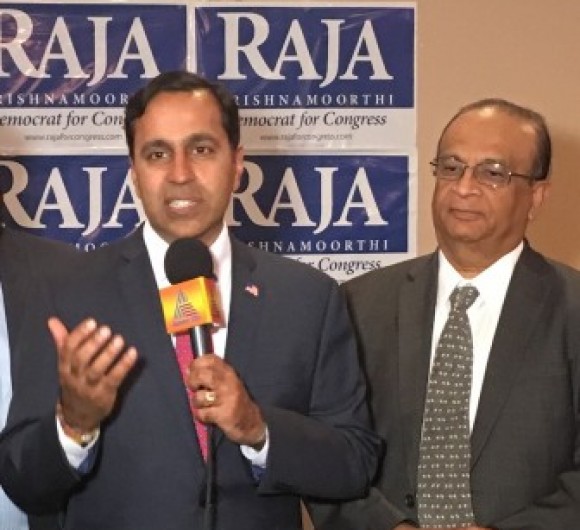 : Raja Krishnamoorthi leading Democratic candidate for the eighth congressional race was hosted to a Pre-Election meet to pep up the surging wave of fervor for his candidacy that is incrementally gathering momentum across the land area -- at an event held at Maharaja Restaurant in . on March 11, 2016 with a group of frontline community organization leaders gathered in show of solidarity and community unity with the purpose to help him cross the finish line in historic electoral victory.

The event was held with a shared mission to collectively propel the first Indian American son Raja Krishnamoorthi to the United States Congress from the region. Many community figures stepped up to the podium making a feverish pitch to seize this historic opportunity to elect Raja Krishnamoorthi to the 115th Congress from the eighth congressional district populated by Asian Americans with sizeable Indian American population.

Keerthi Kumar Ravoori, Event Convener in his welcome remarks said that we as Indian Americans stand on the precipice of a shining hope and brighter promise with Raja Krishnamoorthi nearing to enter the portals of the U.S. Congress with comprehensive legislative goals. Keerthi Ravoori characterized Raja Krishnamoorthi as a ‘legislative genius’ who would passionately pursue meaningful legislative agenda by hitting the ground running when elected.

Dr. Vijay Prabhakar, Event Co-Chair in his remarks vociferously emphasized that the candidacy of Raja Krishnamoorthi represents a chance of a life time for the current and the future generations. He stridently challenged every Asian American to rise up and stand shoulder to shoulder to help Raja cross the finish line victoriously so that all Americans can see this eminent political personality as a shining inspiration for the entire nation.

Dr. Bharat Barai, prominent physician & community leader in his remarks urged every Indian American to come out and vote. Dr. Bharat  Barai emphatically said there are 3.5 to 4  million Indian American population in the United States and added that Democracy is all about proportional representation and as such, he said based on this ratio principle, we should have five Congressmen in the Capitol Hill out of 435 total congressmen currently constituted. 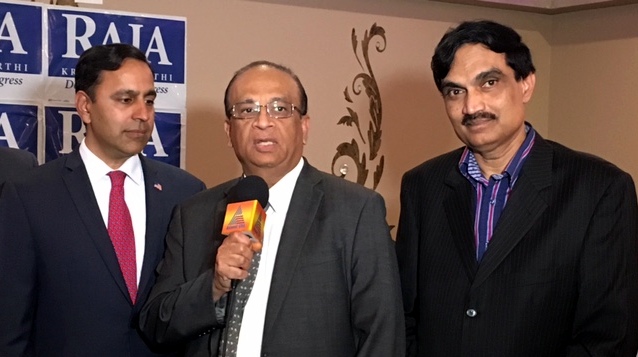 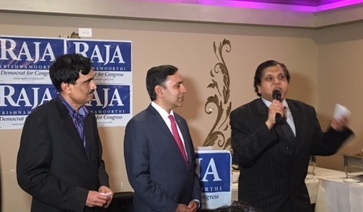 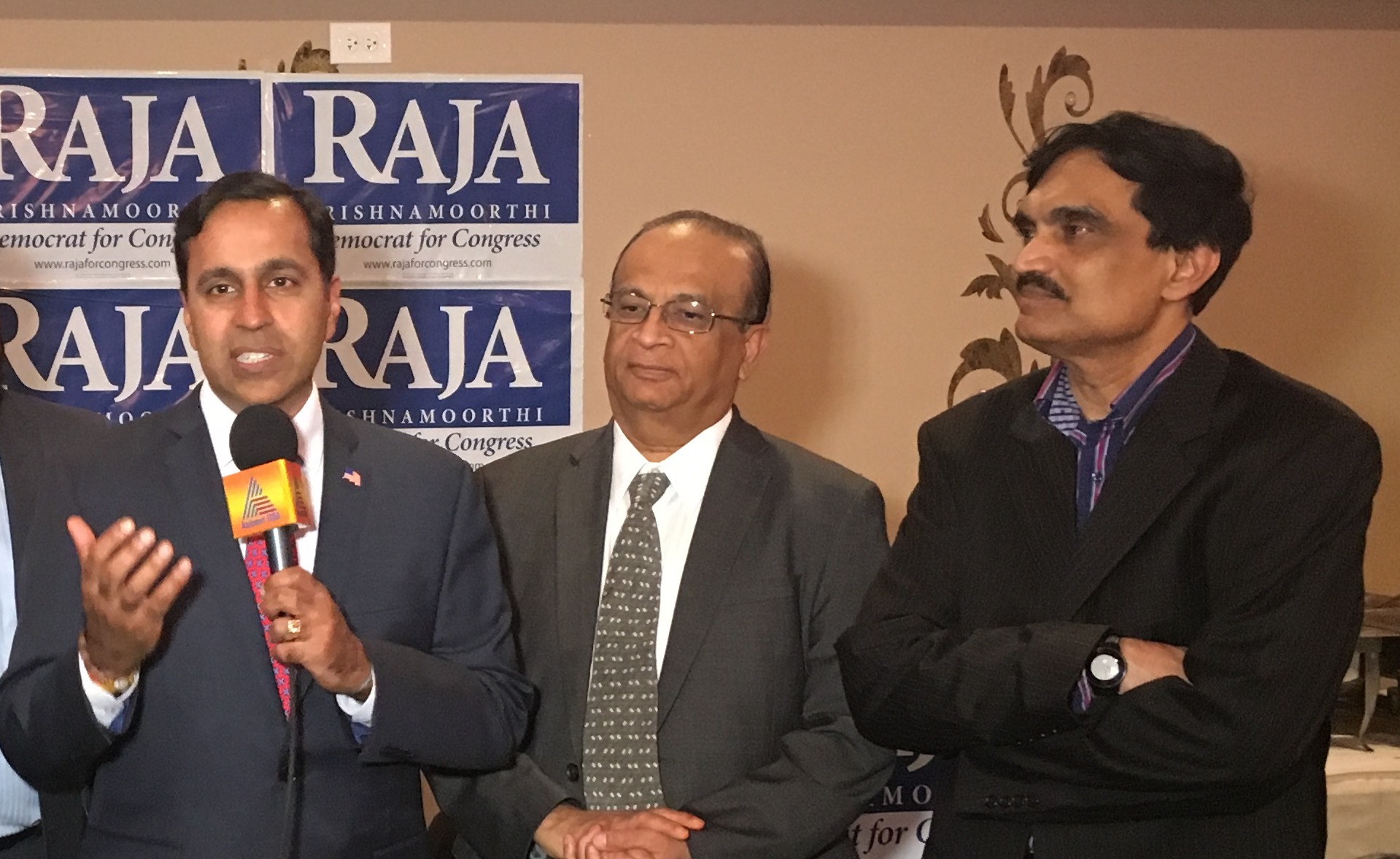 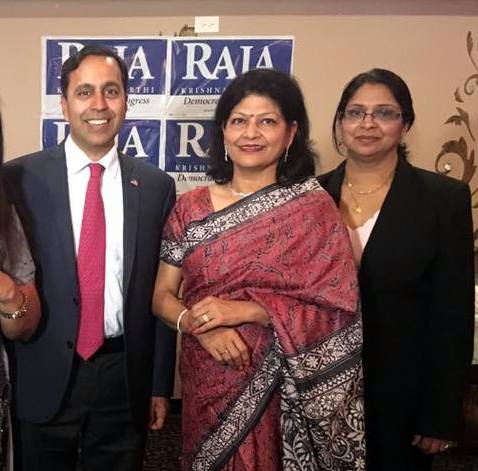