I view India as a set of ideas, not a piece of land: Rahul 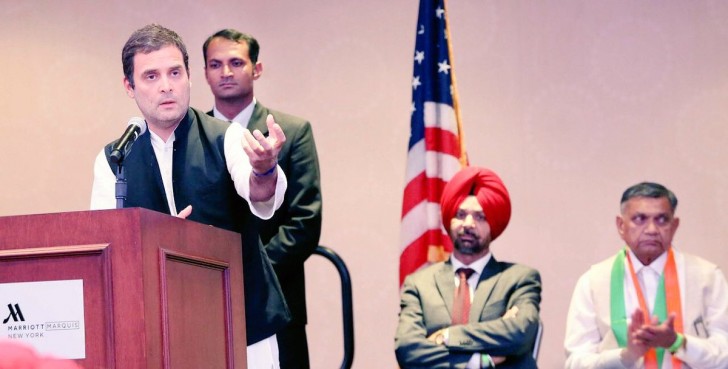 New York, Sep 21
Congress Vice President Rahul Gandhi has said that he views India not as a piece of land but as a set of ideas and anybody who has the ideas that make up India is an Indian.

Speaking at an event here on Wednesday organised by the Indian National Overseas Congress (INOC), Gandhi said when an idea is good, India absorbs it quickly and shows how it can be used.

"Ideas take time to travel into India. But, when an idea is good, India understands it very quickly, and uses it and shows the world how it can be used," he added.

Gandhi, who is on a two week visit to the US, said he felt proud of the work done by NRIs in the US.

He said the original Congress movement was an NRI movement.

"Mahatma Gandhi was an NRI, Pandit Jawaharlal Nehru came back from England, Dr Ambedkar, Maulana Azad, Sardar Patel- these were all NRIs. Every single one of them went to the outside world, saw the outside world, returned to India and used some of the ideas they got and transformed India," he said.

He said NRIs work in different fields and have tremendous knowledge and understanding.

Citing examples, Gandhi said Verghese Kurien had helped usher in the White Revolution, while Sam Pitroda, who was on the dias, had "single handedly transformed the telecom industry".

"We don't want one Sam Pitroda. We want at least 10-15 Sam Pitrodas to transform India, because there's a lot of work to be done in India," Gandhi said.

The Congress leader also narrated an anecdote about being asked by his father Rajiv Gandhi, who later became Prime Minister, to attend in 1982 a presentation on computers by Pitroda.

Gandhi said he was 12 years old and sat in the room for six hours with his sister and did not quite understand what a computer was as most people did not in 1982.

"And four or five years later, I started to see the result of that presentation."

Gandhi recalled that there were typewriters in the Prime Minister's Office then and there was reluctance to shift to computers despite the keenness of his father and Pitroda.

He said his father and Pitroda convinced the PMO staff that they would replace typewriters with computers only for a month but once it was done, no one wanted to go back to the typewriters.

Gandhi described agriculture "as a strategic asset" and said the country needs to develop a cold chain as 40 per cent of vegetables rot.

He said a very large number of surgeries, including those related to the heart and eye, are carried out in India and the country can become the healthcare centre of the world.

Gandhi said US universities were knowledge networks where information travels within them and they are connected to businesses and economy.

"Our IITs are tremendous institutions but they are not networks. If we connect our IITs to our industries and businesses across the world, they will start to compete with the best businesses in the world. These are things that can be done."

Pitroda, who is chairman of Overseas Congress and spoke before Gandhi, said the Congress leader was "extremely well read, very analytical, sincere, courageous and honest".

He said India was passing through a difficult phase. "Favour to one community over other worries me personally," Pitroda said.

Urging the NRIs to stand up for the right cause, he said Congress "needs help today".

He said NRIs can be "ambassadors for our values" and make a difference.

"We are going to show a new path," Pitroda said and urged people not to spread gossip or lies on social media. 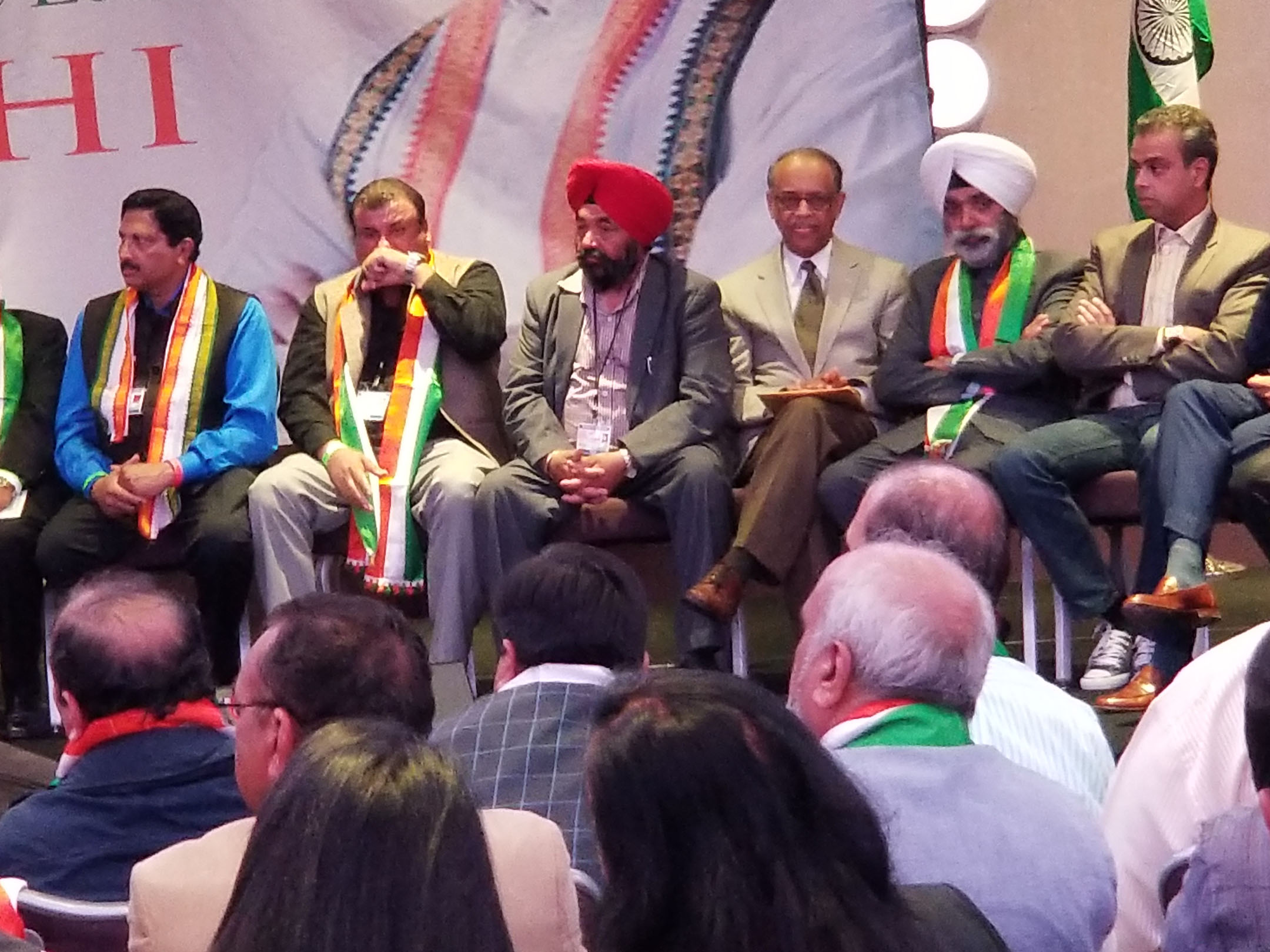 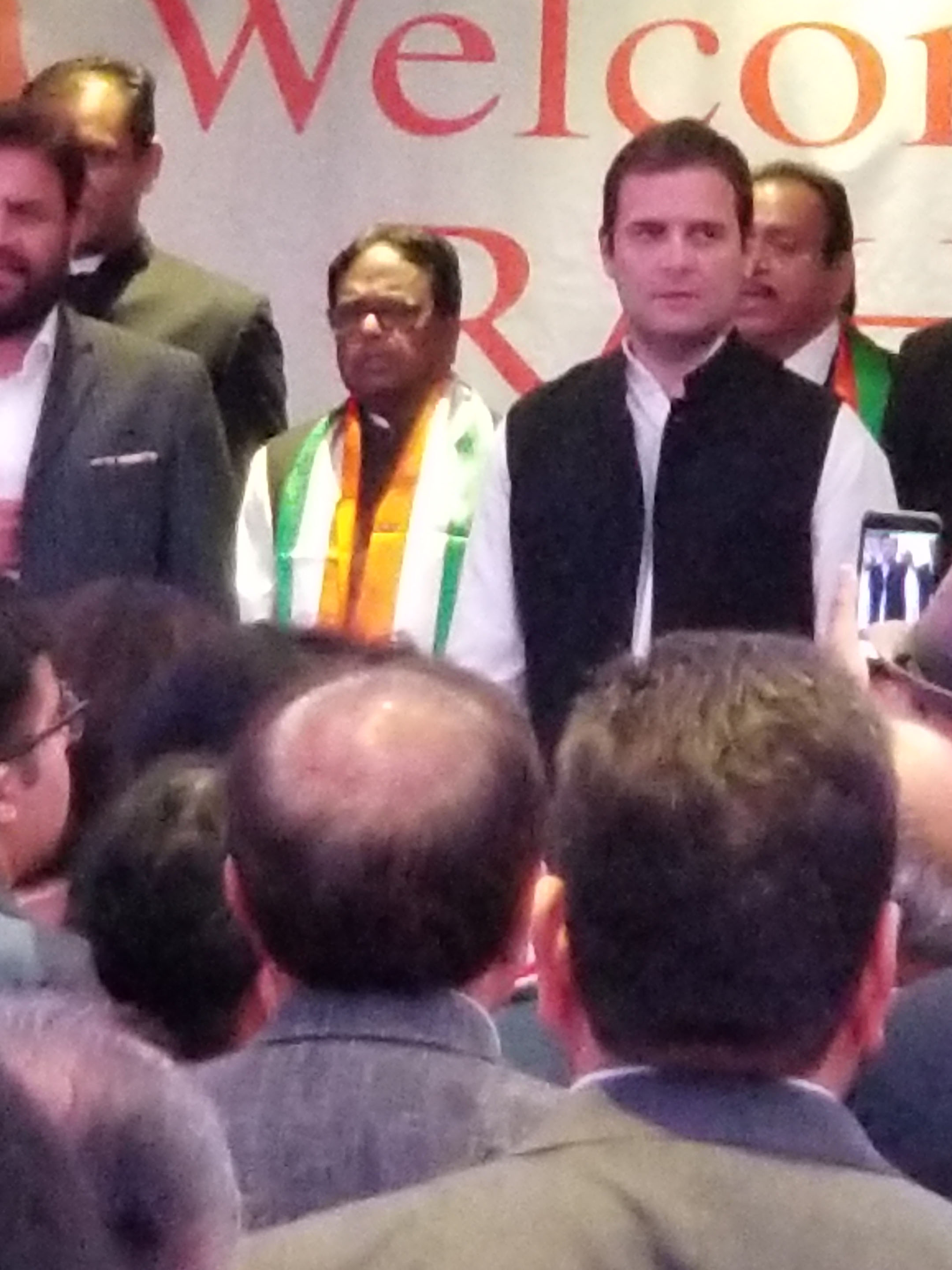 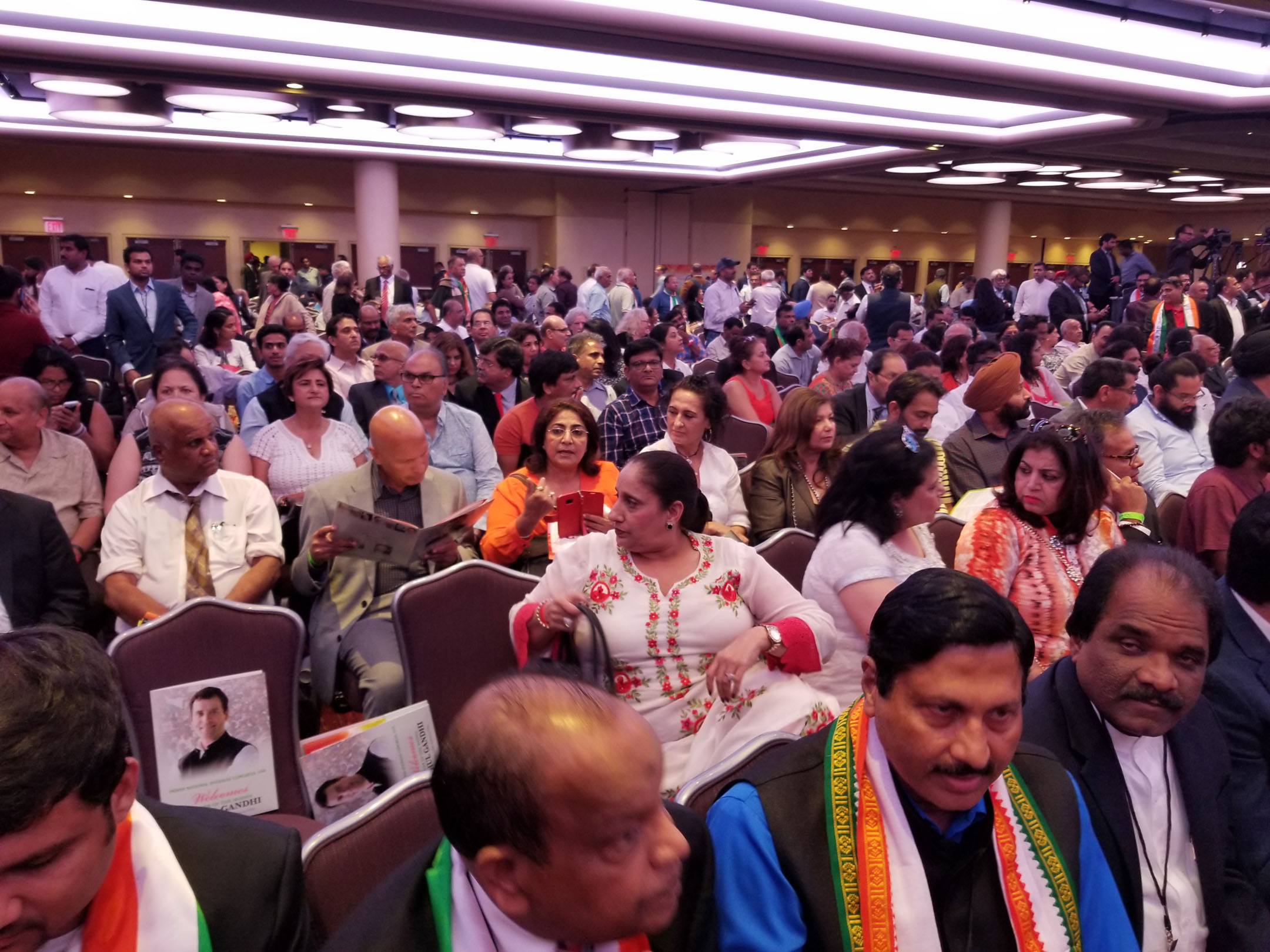 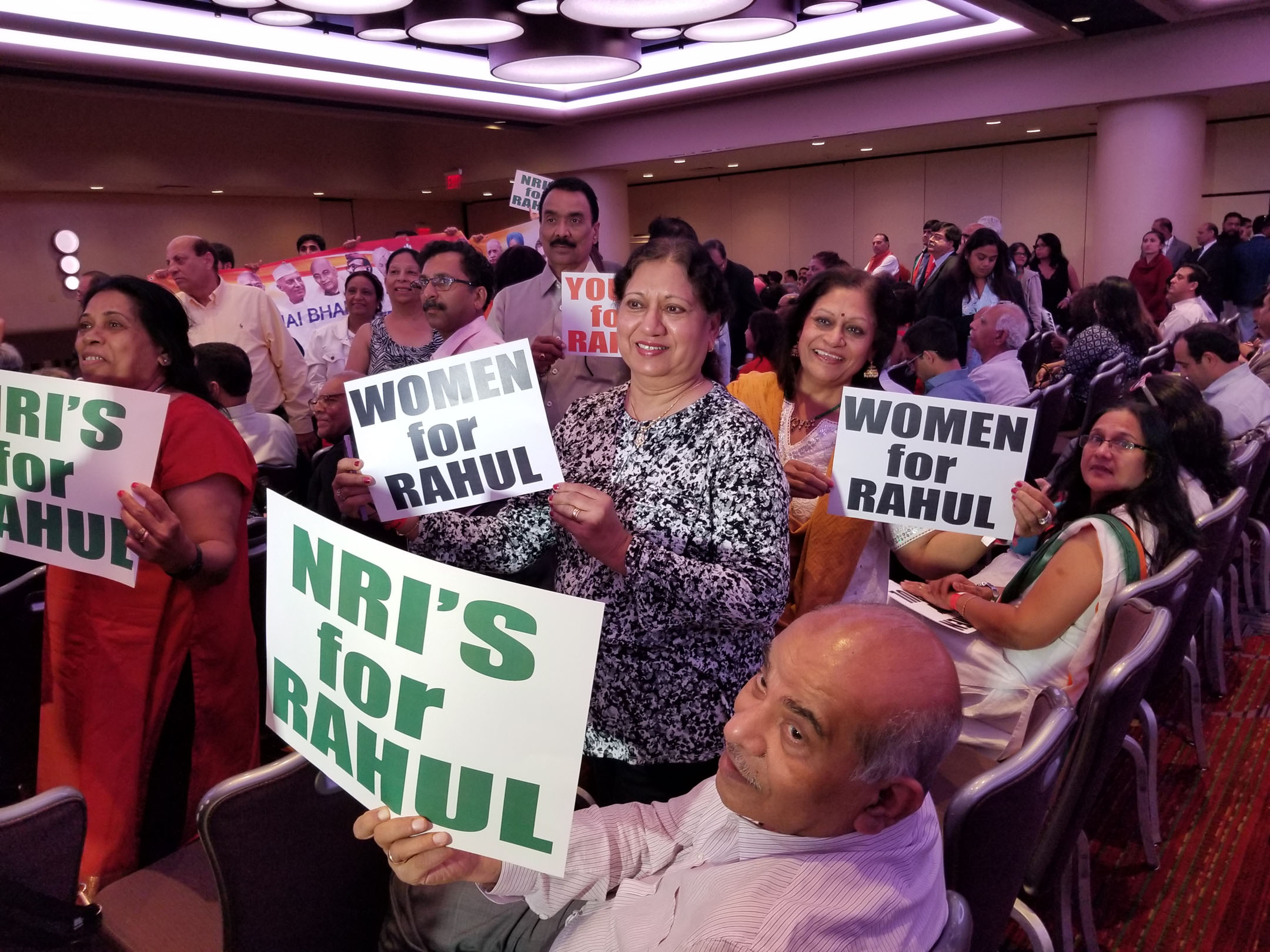 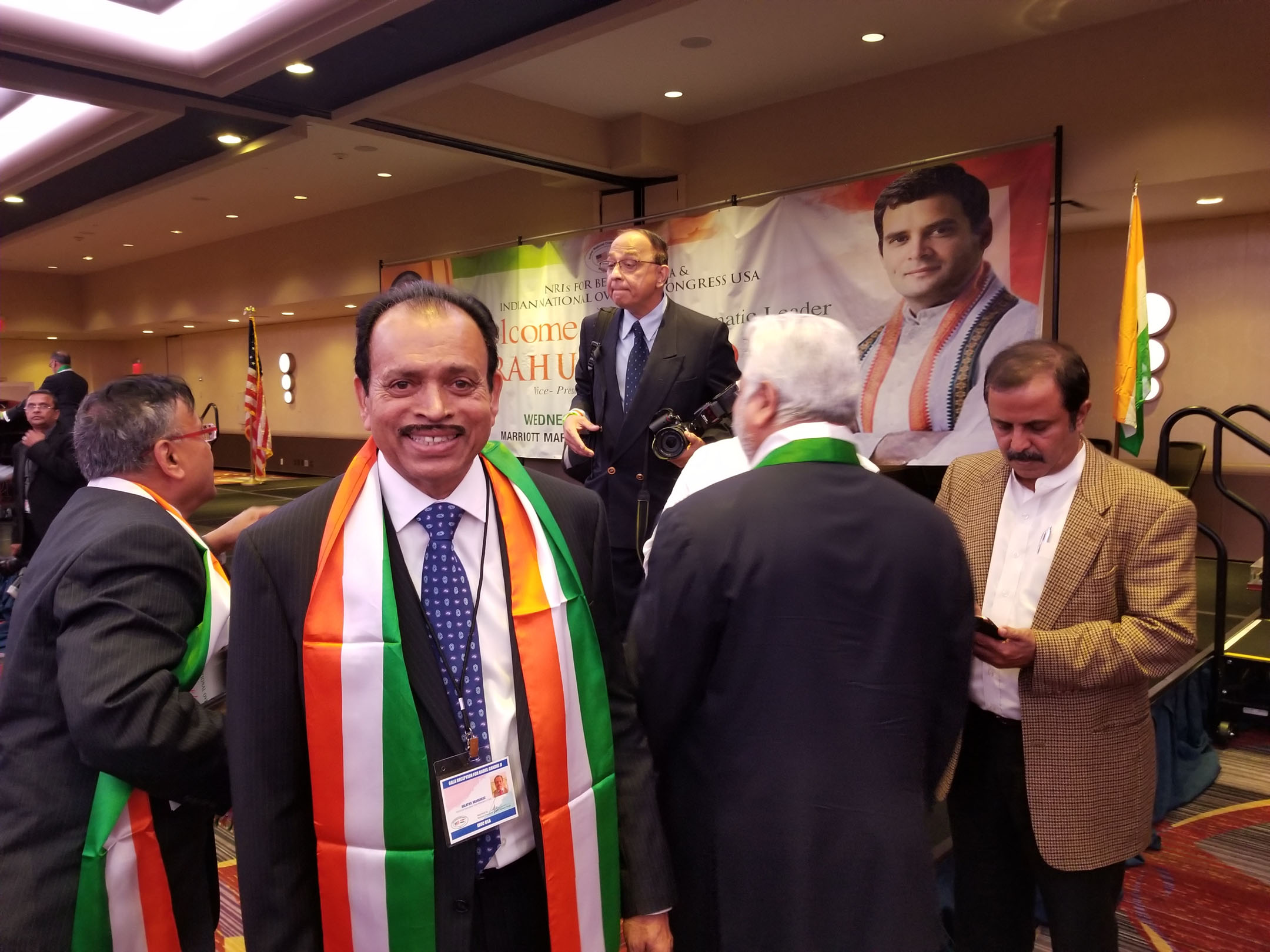 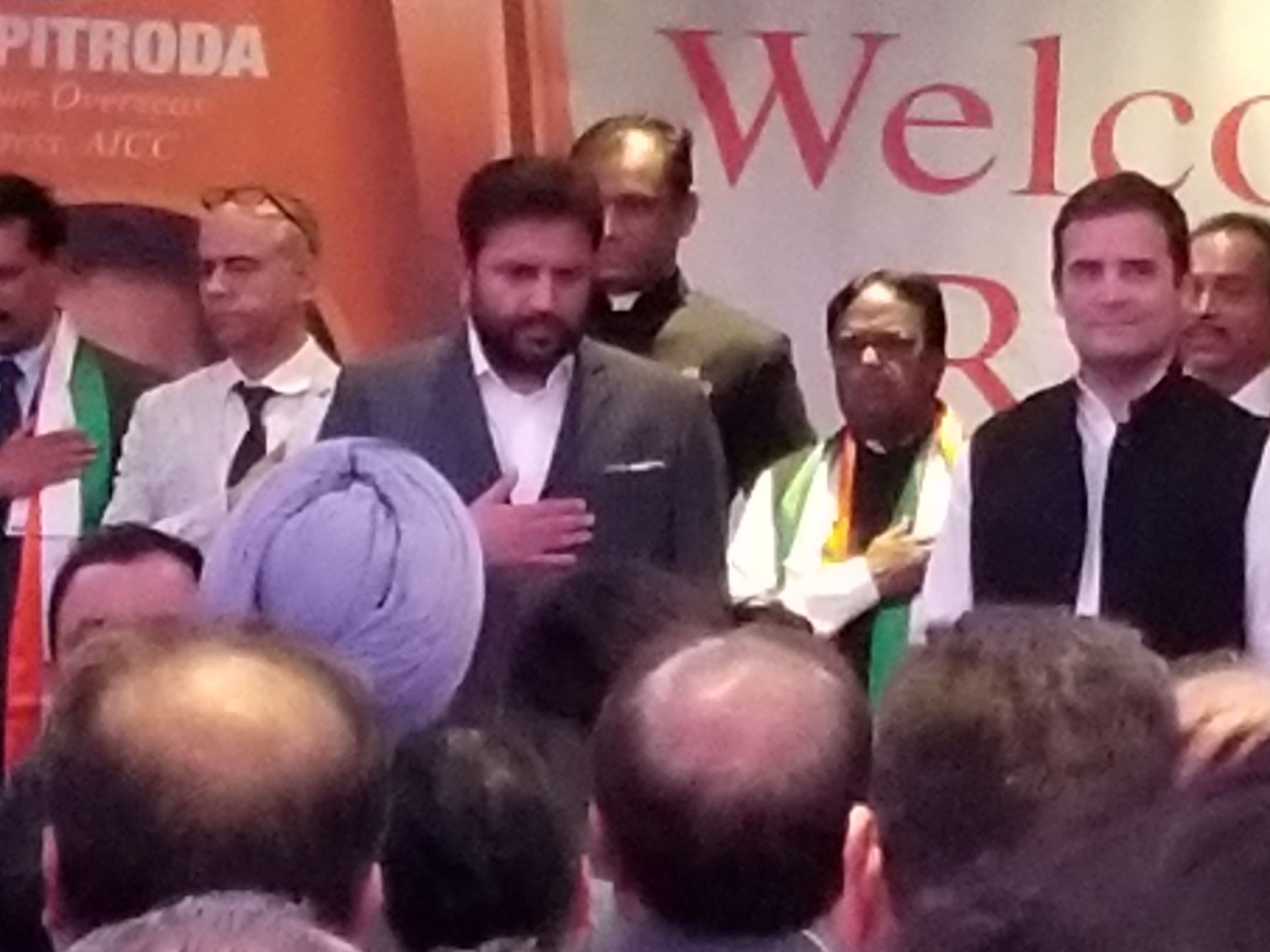 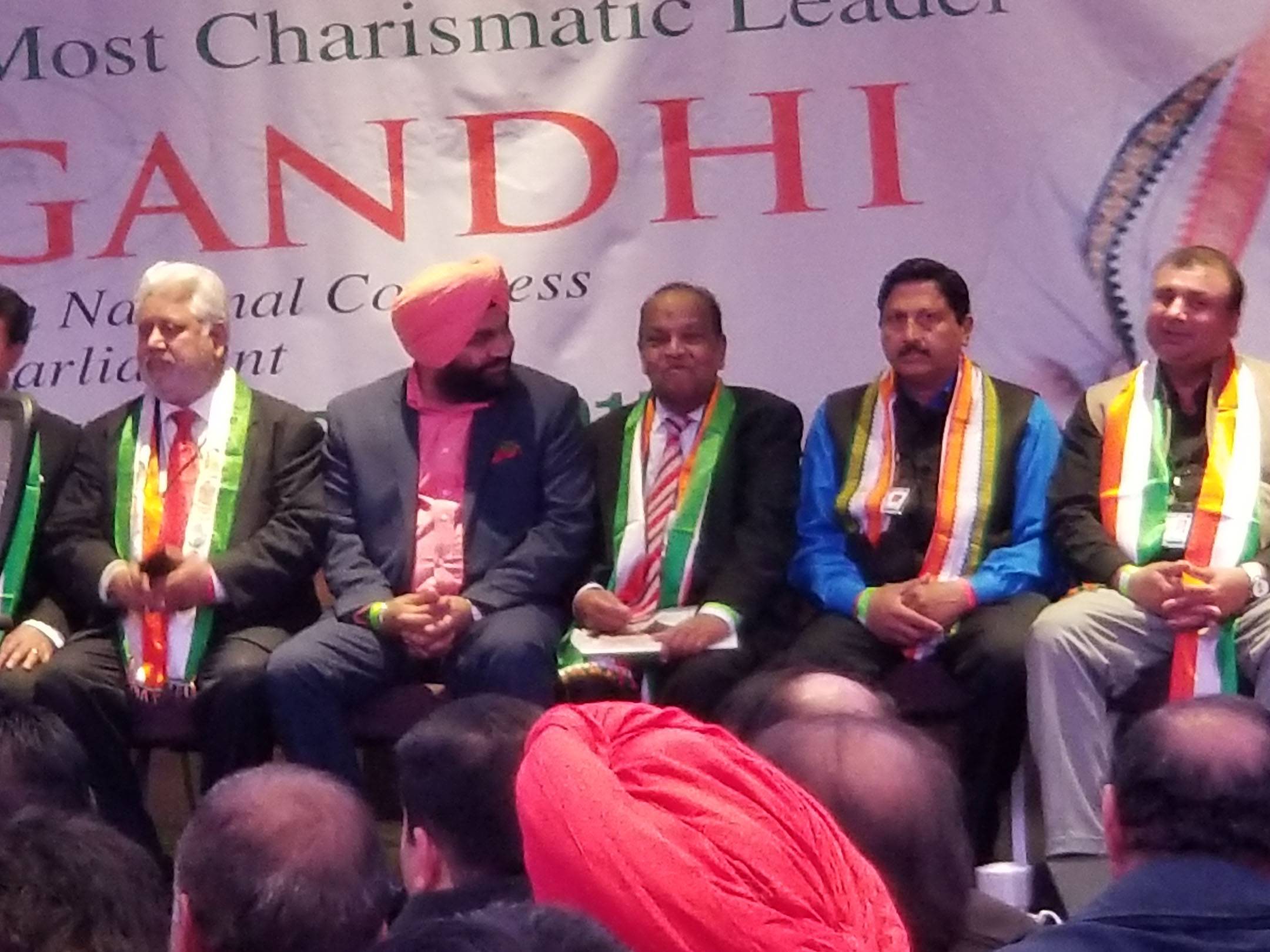 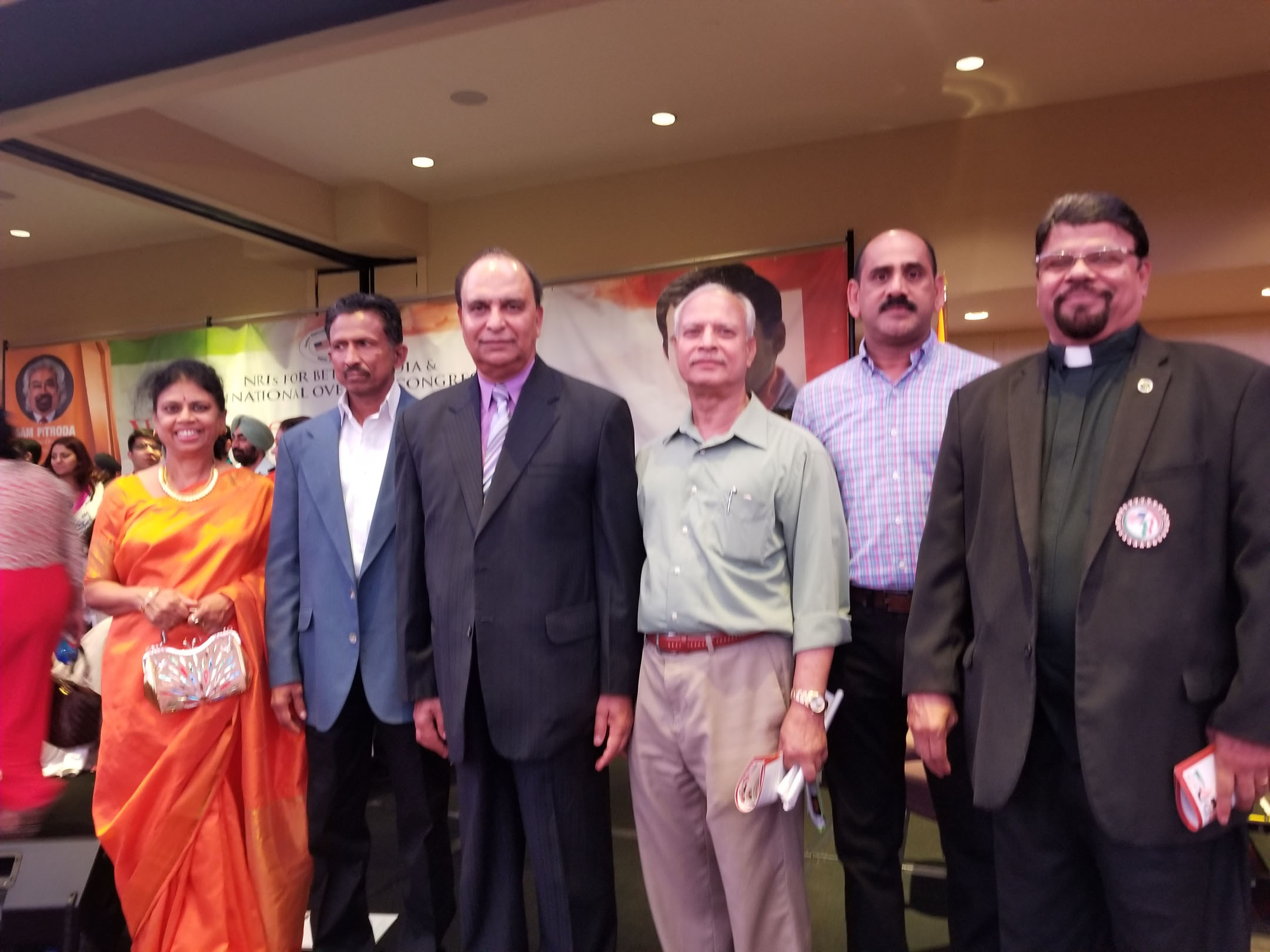 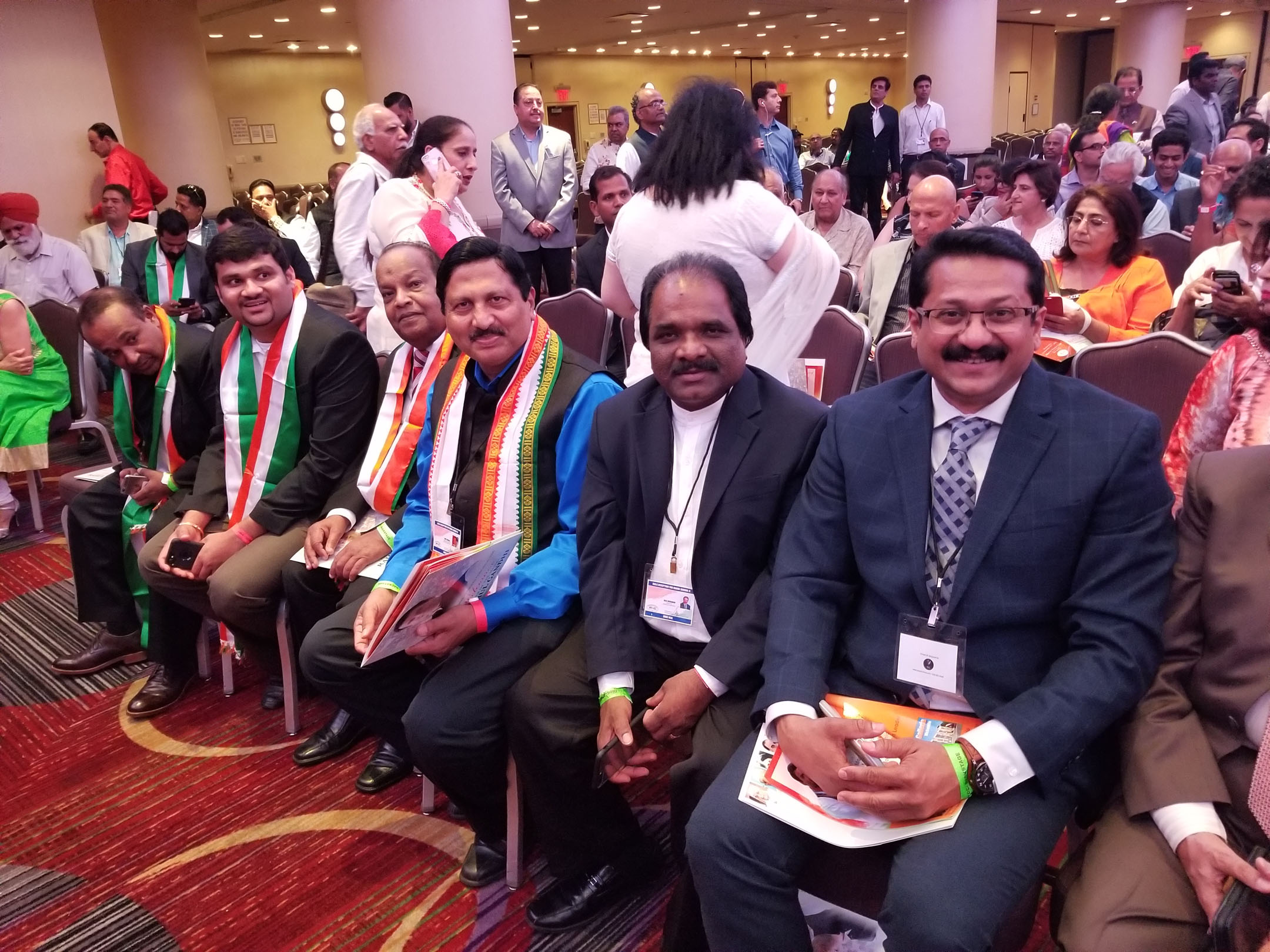 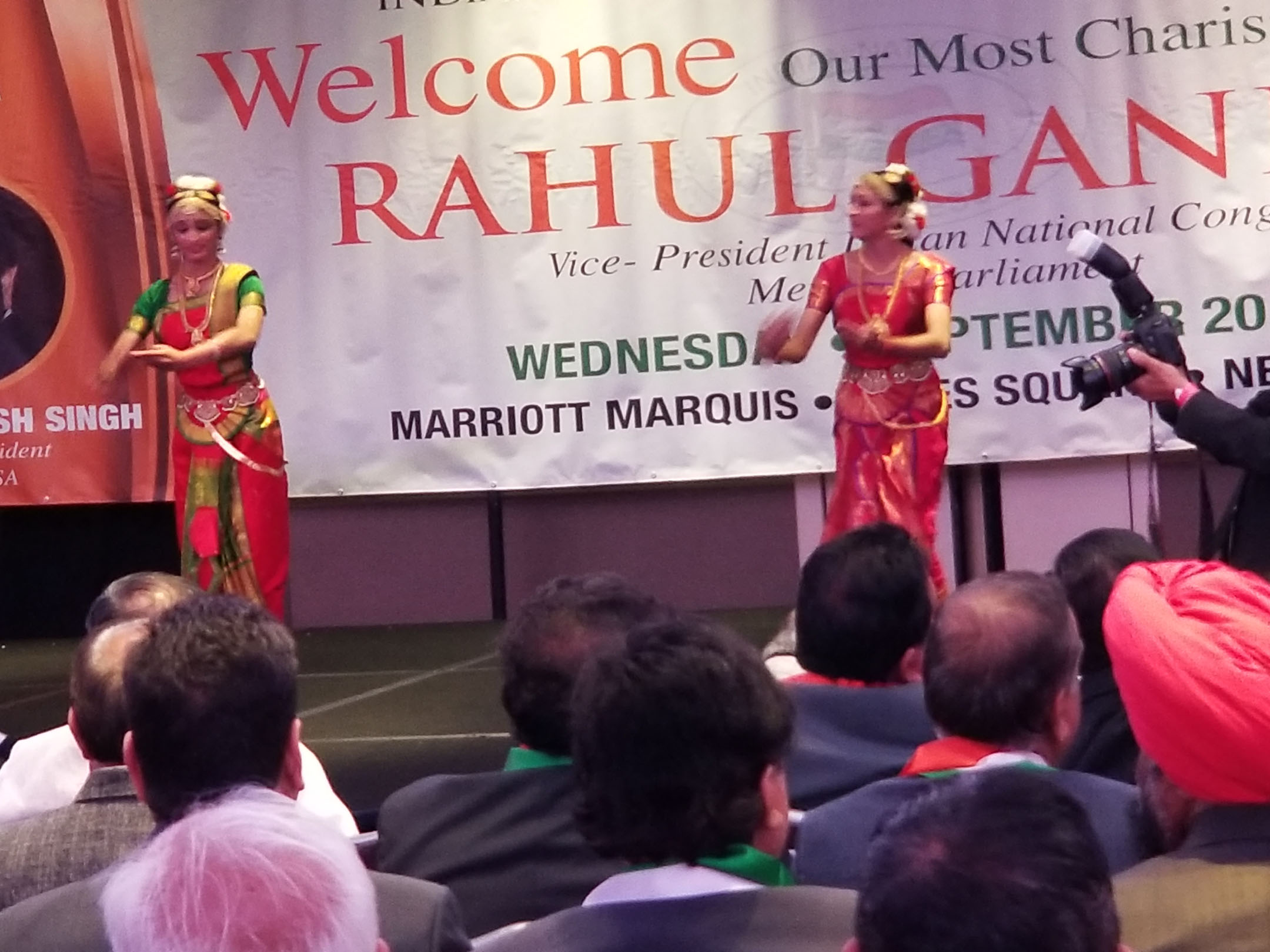 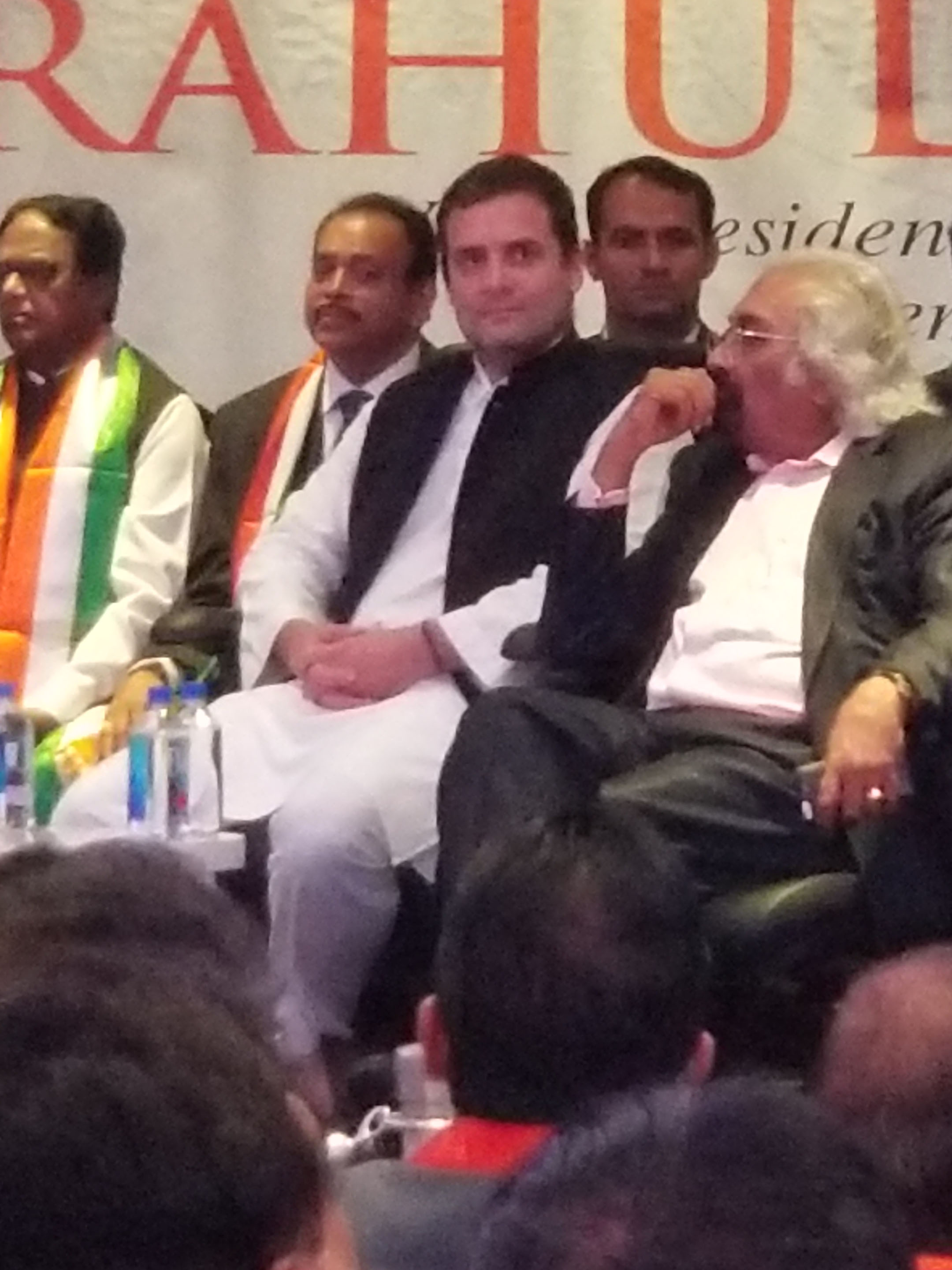 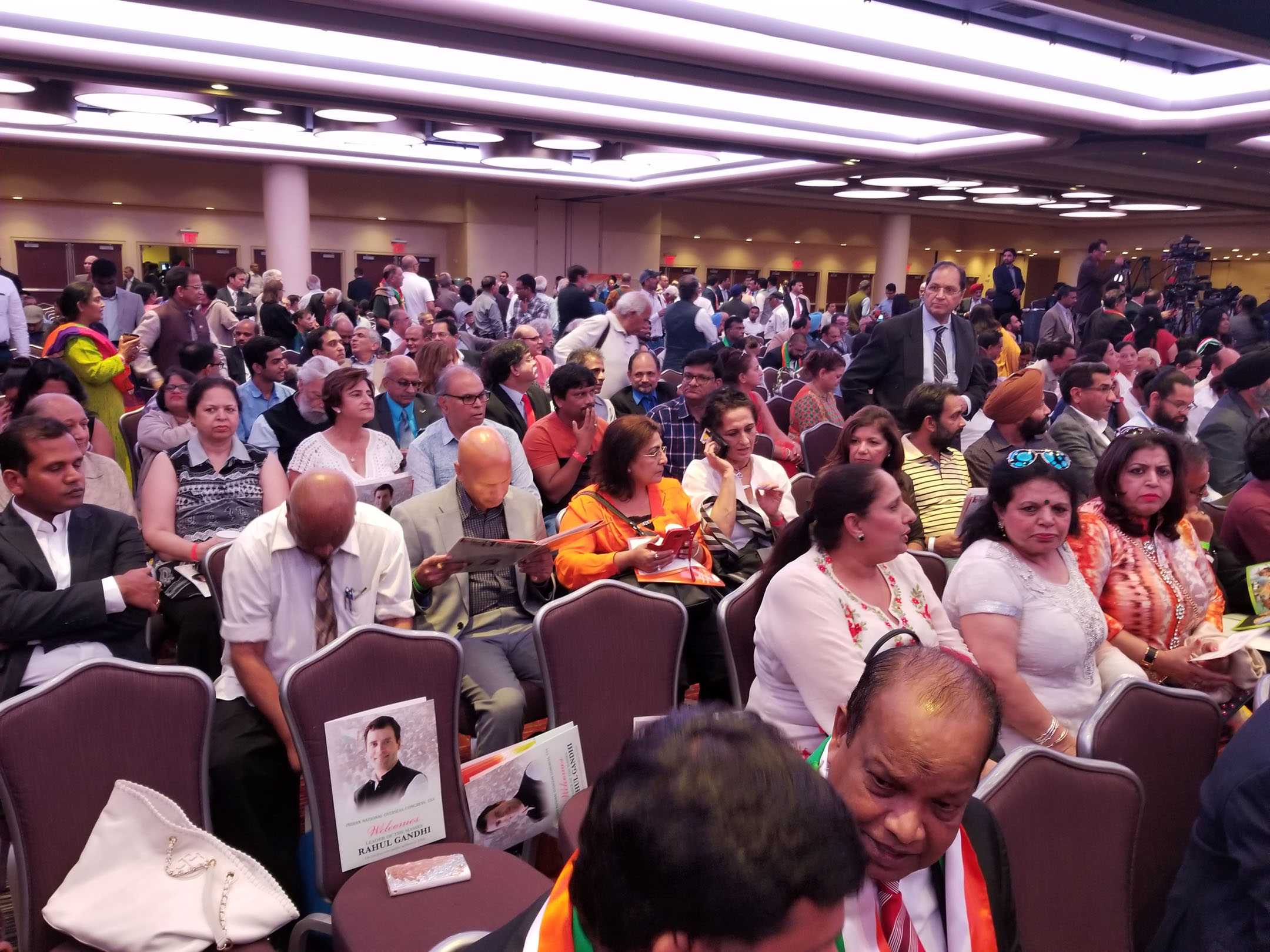 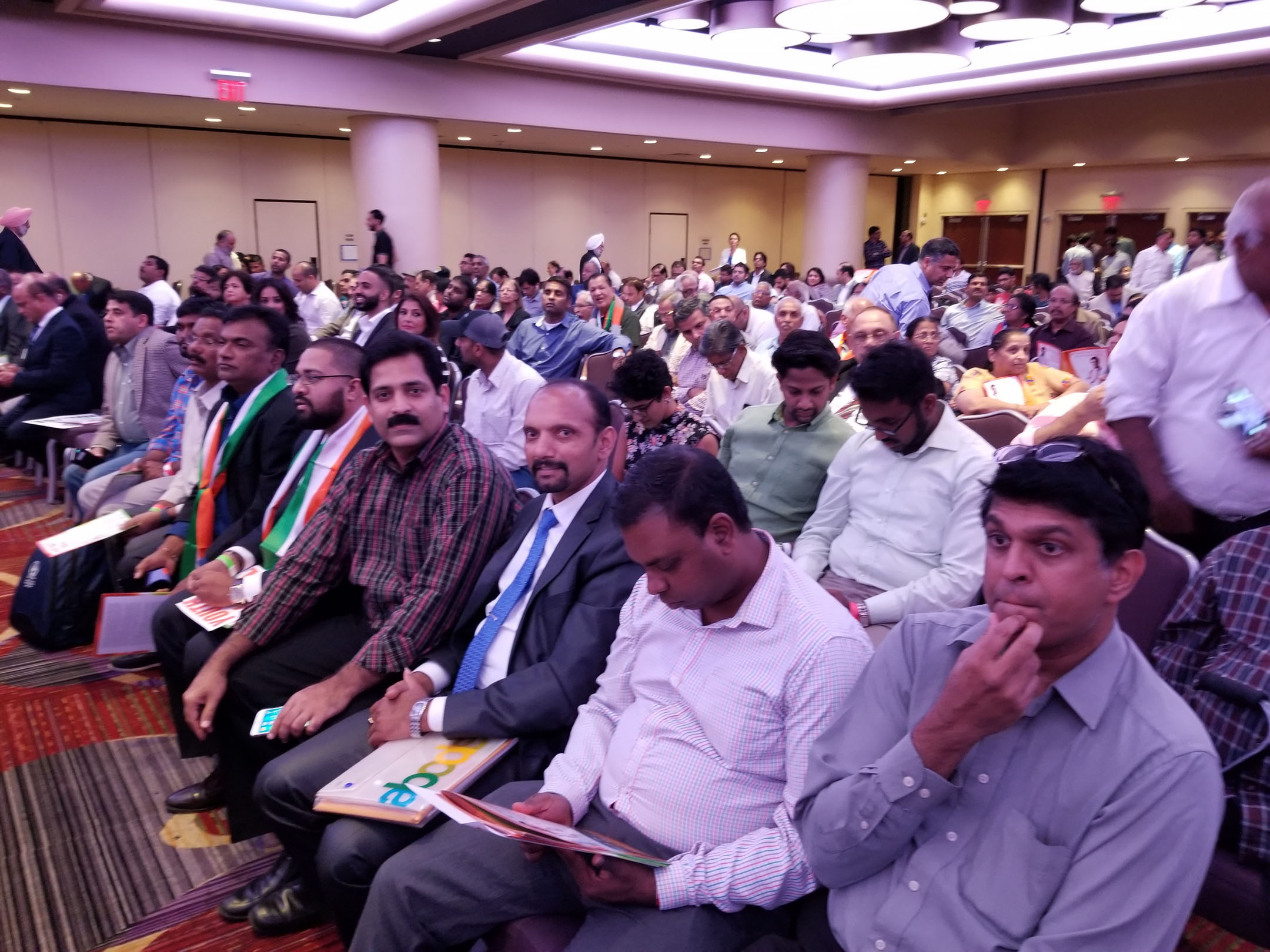 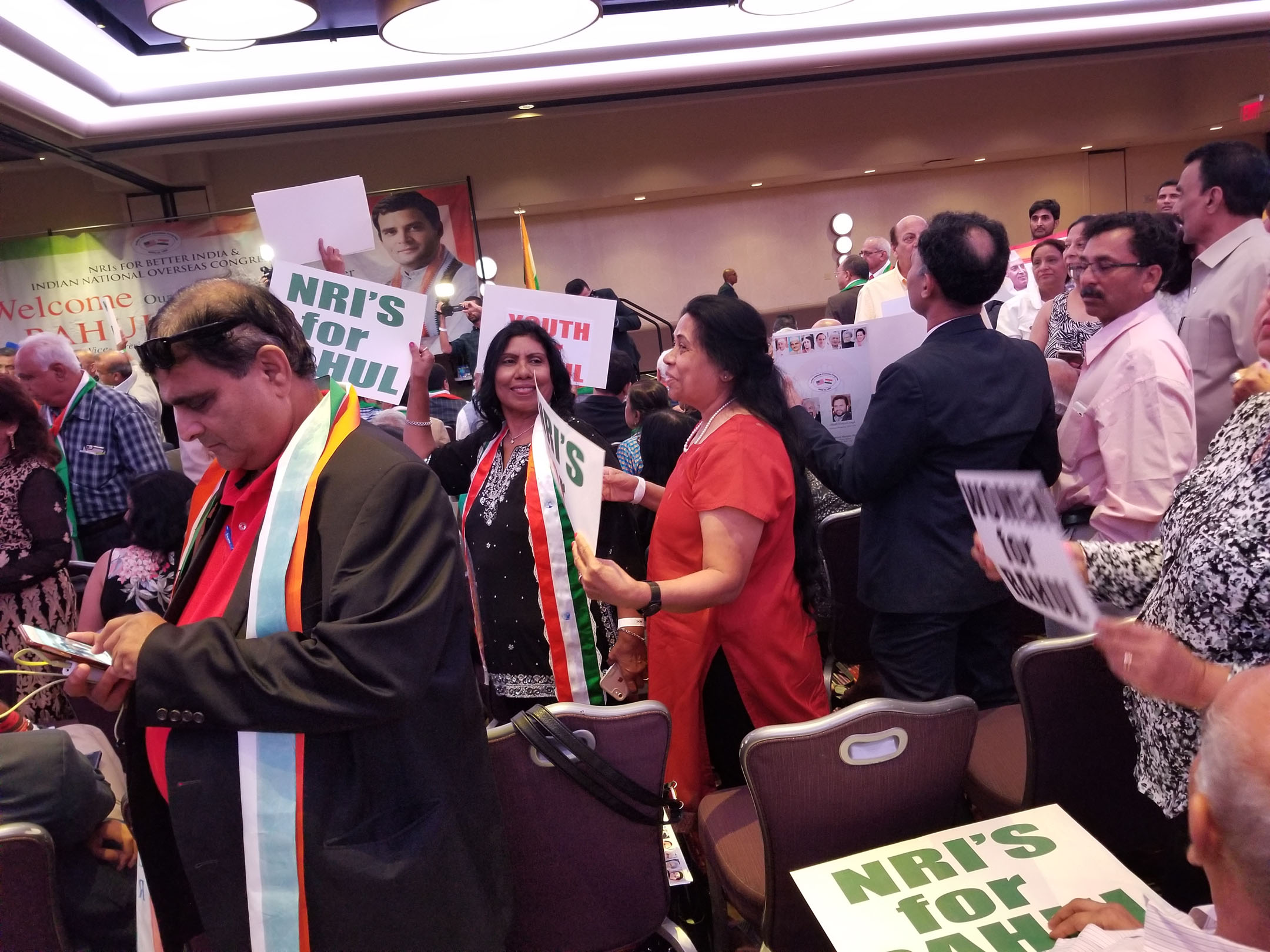 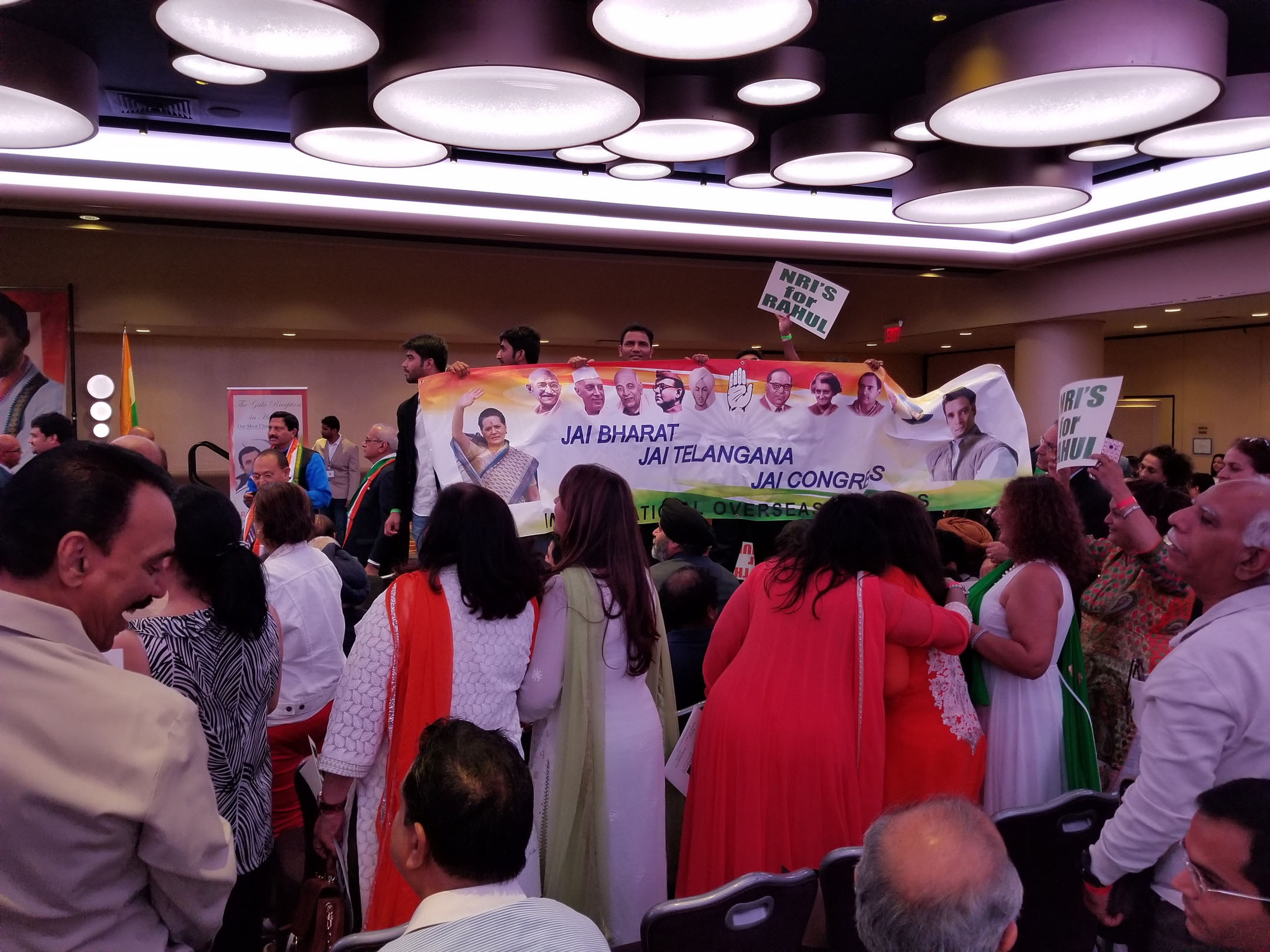 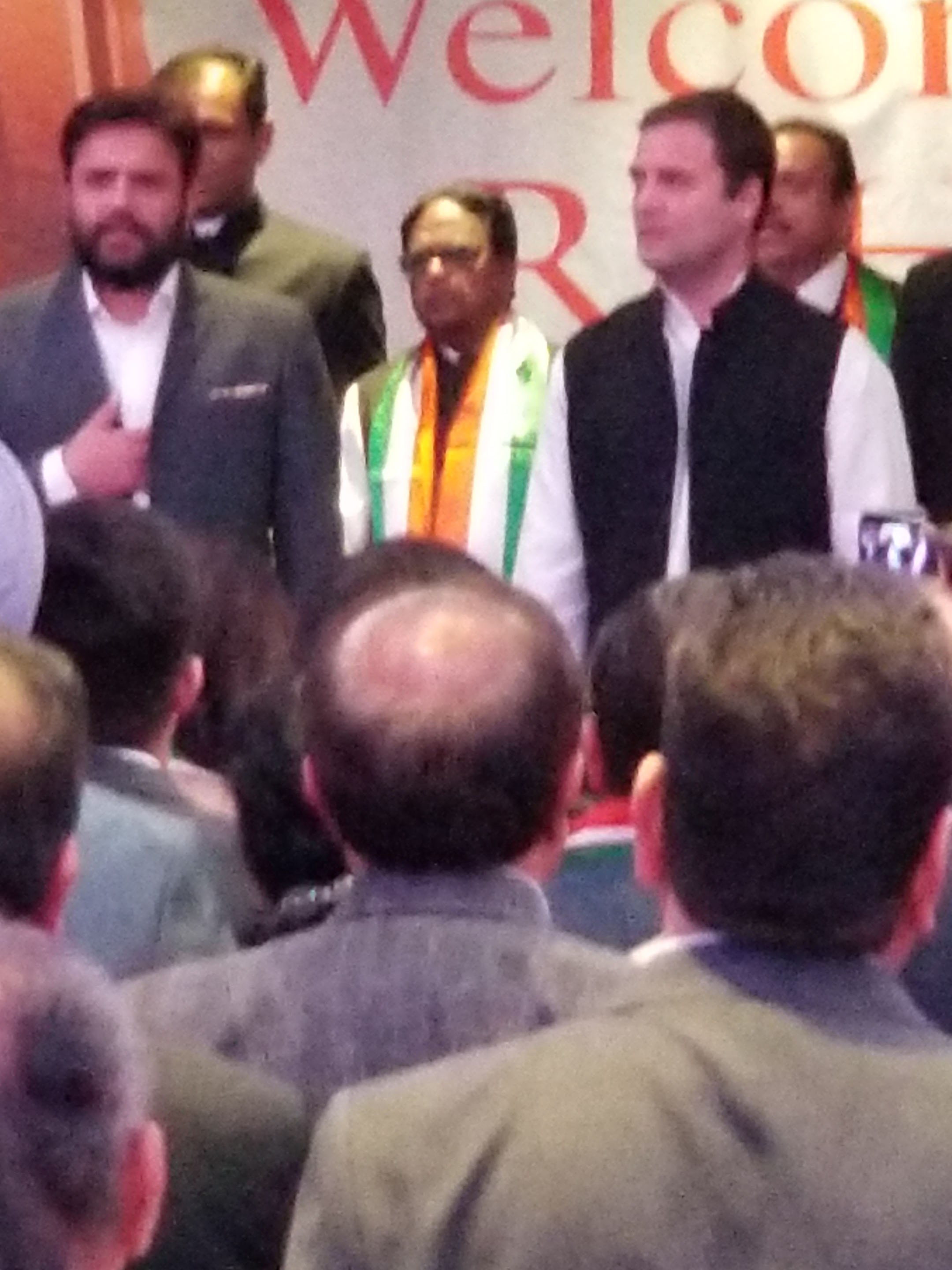