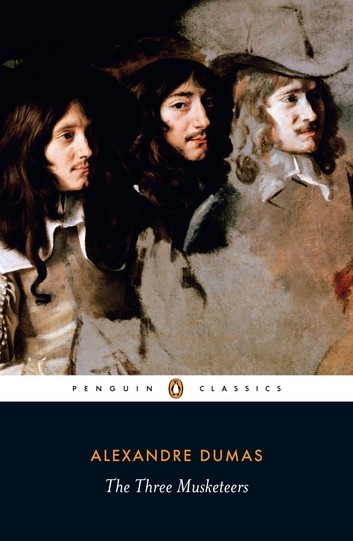 What makes a literary work a classic? The readers' opinion or a prominent literary figure's certification? Or could it be, as many literary critics suggest, the enduring relevance of its motifs and message, beyond the space and time it portrays? By this yardstick, this French work definitely qualifies with its themes of friendship, duty, gallantry, honour, integrity and loyalty amid pressures and perils.

Among the world's best-known historical novels, Alexandre Dumas' "Les Trois Mousquetaires", or "The Three Musketeers" (as we know it), has long been a favourite for not only readers but also filmmakers, with more than two versions made all over the world between 1903 and 2013.


The title is a little misleading -- for there are actually four musketeers -- though the actual hero, d'Artagnan, only becomes one a little over midway through the book.

But still, he and the three characters -- Athos, Aramis, and Porthos -- with their motto of "Tous pour un, un pour tous" ("All for One, One for All"), never fail to enthuse us as they live, love, dare across the backdrop of early 17th century France, where King Louis XIII reigned and his Prime Minister, Cardinal Richelieu, ruled.

The story starts with d'Artagnan, a member of an aristocratic family now in reduced circumstances, leaving his home in southern France for Paris to join the King's Musketeers. However, on the way, he gets into a brawl with a noble stranger and while he is knocked senseless, his letter of introduction to the commandant of the King's Musketeers is stolen.

Reaching Paris without further incident, d'Artagnan secures an appointment with the Commandant, M. de Treville, who is giving a stern rebuke to the three Musketeers, based on hearsay accounts of a scrap between them and the Cardinal's Guards, but changes his stand after hearing their version. D'Artagnan is received civilly but de Treville, a bit suspicious after hearing the story of his roadside affray and the loss of the letter, tells him he cannot join the Musketeers directly and proposes he join a grooming academy first.

As he is writing his letter of introduction, d'Artagnan catches a glimpse of the enemy stranger passing and rushes out to confront him. In his haste, he manages to offend Athos, Porthos and Aramis and has to duel them. As they gather in a deserted place -- as duelling is banned -- Athos and the others are amazed to see that this youth is willing to fight all three of them consecutively.

But even before they cross swords, a party of the Cardinal's Guards appear and seek to arrest them, and our heroes join forces to repulse their rivals. An elated M de Treville tells the King, who is also delighted and commands they be brought before him. But there is a delay and, meanwhile, d'Artagnan gets into another duel, which becomes a pitched battle between the Musketeers and the Cardinal's men, in which the former again win handsomely. He is eventually inducted in a Guards regiment, and promised that he will be made a Musketeer soon.

With these first few chapters that serve to show how a bond forms between the three veterans and d'Artagnan, the main story begins when his landlord seeks his help in rescuing his young wife, a handmaid and confidante of the queen. While this is done (and our hero falls in love with her), it also gets him embroiled in court intrigues -- between the King, his neglected wife, Anne of Austria, (who is in an affair with the English Prime Minister, the Duke of Buckingham) and the Cardinal.

The next 600-odd pages tell us how our heroes manage their finances (military pay was poor and infrequent), and more importantly, carry out a perilous mission for the queen -- in which d'Artagnan eventually must travel alone to London -- and try to foil the Cardinal's strategems, especially those by his beautiful but lethal aide, the Milady (who has a past with one of them and becomes d'Artagnan's sworn enemy).

This is enlivened by set pieces, like that of Athos's gambling feats and Aramis's thesis, their wager in war, d'Artagnan's two interviews with the Cardinal, and the ominous finale of dealing with Milady.

The quartet's story continues in at least two other massive books but these don't convey the magic of the initial work, and are also much darker.

Inspired to write the story after coming across an old book in which he found the names of the four who were historical characters, Dumas, however, reinvented their lives, making them a philosophical ensemble -- Aramis (realist), Porthos (apathetic), Athos (cynic), and d'Artagnan (optimist) -- while working in his views about whimsical imperial politics, religious corruption and so on.

Translated into English within two years, though a bit pruned in view of conventional mores about sexuality -- which made some major stretches incomprehensible. Recent versions have remedied this.

But above all, "The Three Musketeers" is a paean to friendship, beyond age, background or temperament. That makes it not only a classic but an essential read for today's distracted and self-seeking youth.