The Jain Society of Metropolitan Chicago (JSMC), grand celebration of the 25th Anniversary of temple 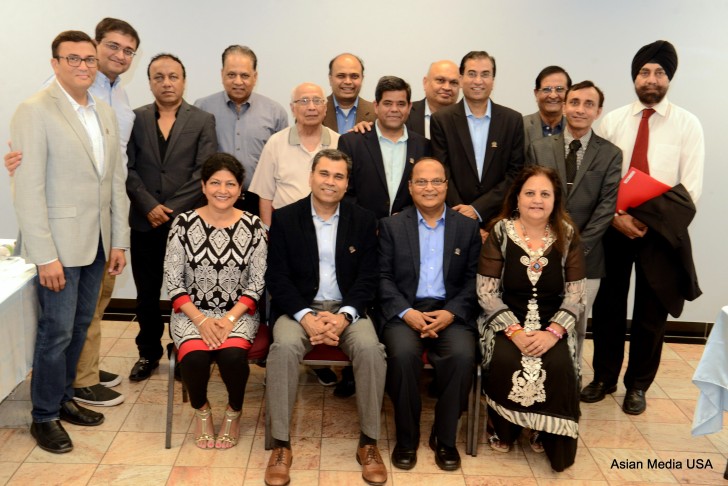 The Jain Society of Metropolitan Chicago (JSMC), Bartlett Illinois, is preparing for a grand celebration of the 25th Anniversary of its temple from June 22 to July 1, 2018 in Bartlett, IL. More than 4000 people are expected to witness this historical celebration. This will be the first Jain temple in North America with “Shikhar” or dome to complete 25 years. A number of dignitaries, speakers, and faith leaders from US and India will grace the occasion. With the mission of preserving and sharing Jain way of life, JSMC has grown great with 1900+ proud life members (families) and expanded its facilities in a 17.5-acre lot with a monumental temple and Community Center.

Since 1970s, Chicago has experienced tremendous growth in population. A great part of this growth has come about as Chicago has become more international in character. Story of Jains in Chicago parallels that of Chicago. During this brief period, Jain population exploded from less than thirty families to more than nineteen hundred families. Jains built a beautiful eighty four thousand square feet Jain Center and Temple at 435 North Route 59, on the northeast corner of Route 59 and Route 20 in Bartlett, Illinois. President of JSMC executive committee Mr. Vipul Shah is very excited and mentioned that, “This is a milestone year for all Jains in and around Chicago and indeed the whole of US. We have put in a lot of planning to ensure that all our guests have a great experience.” Chairman and Board of Trustees of JSMC, Mr. Atul Shah added, “Our unity, dedicated volunteers, visionary leaders and generous donors, over the last 25 years is the main reason that we are a role model Jain society in North America.”

The ten days celebration includes various religious, cultural, educational and entertainment events to keep the audience enthralled. There is also a separate track of activities for youth and young adults. Planning for the celebration has been going on for the last 6 months and has now reached a feverish pace with over 200 volunteers working to put finishing touches with the Executive Committee and Board of Trustees leadership.

PR & Media co-leads Mr. Hemant Shah (past Chairman) and Dr. Mukesh Doshi (past Chairman) also explained, “We are building on a very successful legacy of 48 years of JSMC.” Chicago is very fortunate to have remarkable history of the first Jain who landed 125 years ago – when Shri Virchand Raghavji Gandhi pioneered Jainism in western world and represented Jains in first parliament of World religious conference held in Chicago in 1893. Therefore, the roots of Jain religion were already planted. Since 1970, this society is standing on contributions of generous donors, dedicated volunteers and passionate leadership of visionaries. We are humbled to be part of this society that is regarded as symbol of Unity and harmony among all Jains.
About Jain Center of Metropolitan Chicago (JSMC)

Founded in 1970, JSMC caters to the religious, educational, cultural and community needs of Jains in and around Chicago. After building North America’s first Jain temple with Shikhar in 1993, the organization undertook a major expansion in 2008-09. With more than 1900 families as life members, JSMC has maintained its unity of Shwetamber, Digambar, Sthanakvasi and Shrimad sects over the years and has continued to inspire the Jain values of non-violence, multi-pluralism and non-possessiveness.

These members engage in various religious, cultural, educational, social and community activities on close to 160+ days in a typical year. Over 500 students register in the Pathshaala that meets every 1st and 3rd Sunday. The Center has also become a preferred location to host other events – given its state of the art community hall and dining facility available on rental. A 7-person elected Board and a 13-person elected Executive Committee manage JSMC with support from many /committees.

Jainism is a religion and a way of life for Jains around the world. The primary purpose of JSMC is to increase the awareness of the principles of Jainism, achieve the unity of all Jains, provide a platform wherefrom to project the voice of Jain religion, promote the feeling of amity and unity among Jains and to promote inter-faith understanding. Jainism, which originated in India, at least five thousand years ago, has largest number of followers (about 4 million) in India. It has nonetheless, influenced the world peace through its message of non-violence and forgiveness. Jainism, indirectly influenced Dr. Martin Luther King Jr, as he followed the example and non-violent methods of Mahatma Gandhi in his struggle for equality and civil rights for all minorities in USA.

Jains have been on a path of Non-Violence, Non-Absolutism (Anekantvad), and Non-possesion (Aparigrah) for thousands of years. And Science is walking hand in hand with us on this path. For thousands of years, Jains have believed in meditation, yoga, animal compassion, vegetarianism, environmentalism, equal rights for women, respect for other cultures and forgiveness. Jains believe that universe is eternal and that Jain religion, which explains the rules of the universe, is therefore eternal, with no beginning and no end. Last perfected soul known (Tirthankar) to us is Lord Mahavir, who was born in 599BC, near Patna in Bihar, India. 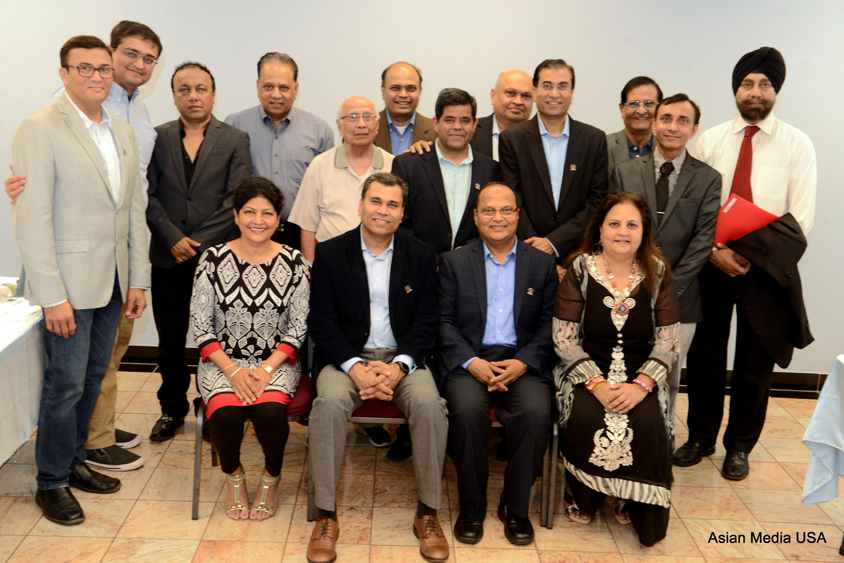