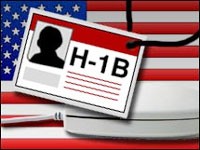 Dayton, Ohio
The Wright State University’s board of trustees has agreed to settle a federal investigation into H-1B visa fraud for $1 million, announced Benjamin C. Glassman, United States Attorney for the Southern District of Ohio

Following this, the U.S. Attorney’s Office will not pursue civil or criminal prosecution in this matter. The university will pay $1 million in three installments over the next two years and has agreed to cooperate in any additional investigations.

Per the agreement, Wright State is also required to have an outside counsel audit its university-sponsored H-1B visa applications on an annual basis for two years, the Dayton Daily News reported.

When the federal investigation came to light in 2015, the university suspended researcher Phani Kidambi, general counsel Gwen Mattison, provost Sundaram Narayanan and senior advisor to the provost Ryan Fendley, according to the Dayton Daily News.

Mattison agreed to retire in August 2015 with a $301,331 separation payment, Kidambi resigned in August 2017, and the university fired Narayanan and Fendley.

‘These employees fell well short of our high standards, which is why we held them accountable,” university board chairman Doug Fecher said. ‘We have made sweeping changes in how we handle H-1B visas and strengthened this university by implementing compliance reforms and transparency since the United States Attorney’s Office notified us of these issues.’

According to a timeline provided by the US Attorney’s office, between 2010 and 2013, Wright State entered into several sponsored research contracts with Webyoga, Inc. As part of the contracts, Wright State would employ software engineers, obtain H-1B visas for the employees, and pay their respective salary and benefits as employees of the university.

Rather than develop the software programs named in the contracts, the visa employees worked as consultants on behalf of Webyoga in various cities throughout the country, including Atlanta, Orlando and New York City.
Over the course of the contracts, the university invoiced Webyoga for more than $1.8 million for the fees associated with the employees’ visas, salaries and benefits, and administrative costs for the university.

Between 2010 and 2015, Wright State also entered into similar arrangements with other companies wherein it would apply for H-1B visas for individuals, knowing the individuals were going to work on a routine basis for another company that would then reimburse the school.

‘This agreement is an important step for the university to put this matter behind us and allow us to move forward with the improved oversight system we put into place when this problem came to our attention more than three years ago,’ Board chairman Doug Fecher said in a statement. ‘We’ve done a comprehensive policy and procedures audit, we’ve expanded and improved our internal legal department, and we’ve made many organizational changes and numerous reforms to prevent this from happening again.’

‘Visa fraud in higher education undermines the integrity of our immigration laws,’ said U.S. Attorney Glassman. ‘Today’s agreement ensures that will not happen again at Wright State. It also serves as a warning to other institutions that participate in the H-1B visa program that fraud in the administration of the program leads to consequences.’

‘The federal agreement ordering Wright State University to admit to H1-B visa fraud violations and pay a $1 million dollar fine is the largest sanction imposed by HSI in Ohio relating to a visa-fraud investigation,’ said Steve Francis, special agent in charge for HSI in Michigan and Ohio. ‘This outcome should serve as a warning to entities who may be seeking to exploit the U.S. Visa process.’

Glassman added: ‘Several factors were important in the decision to resolve the matter with Wright State by agreement, rather than prosecution. These factors include Wright State’s immediate cooperation upon being notified by federal authorities of the investigation, the removal or demotion of the responsible employees, Wright State’s remedial measures, including the university’s commitment to audit and compliance, and consideration of the Wright State student body’s wellbeing as part of the public interest.’