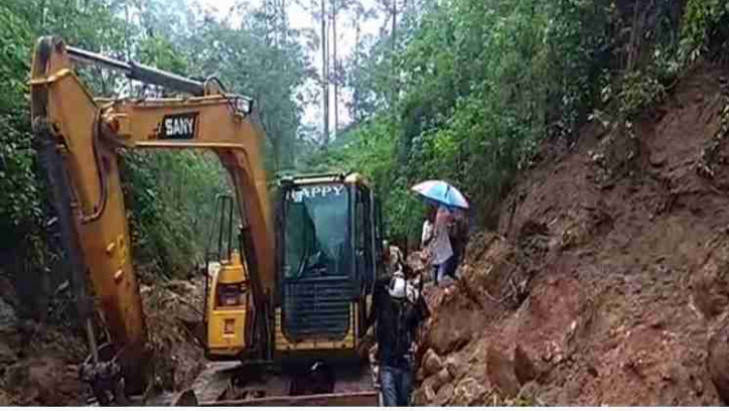 Thiruvananthapuram, Aug 7 At least four persons are feared killed in a landslide at Rajamalai in Idukki district due to heavy rain for the past four days, an official said on Friday.

The Kerala official said that details of the incident are awaited, with initial reports indicating four casualties.


"The initial reports indicate that four persons are reported dead. We are on our way to the spot," said Munnar revenue official Madhu.

State Power Minister M.M. Mani, who hails from the district, said the landslide had occurred at a place where tea estate workers were staying. He said the details are awaited as the terrain is very tough at the spot.

"The place is at the top of a hill. We are awaiting a response; the local legislator is also going to the spot. All emergency services have been pressed into service," Mani said.

Meanwhile, area resident Parthasarathy told the media that he was aware of three rows of houses inhabited by around 80 tea estate workers and their families.

"But we do not know how many were there when the landslide occurred. I feel that many of the workers were at their homes due to heavy rain in the past few days. Moreover, communication with the area too has snapped, including electricity supply," said Parthasarathy.

Revenue Minister E. Chandrasekheran said that he is in touch with the Idukki revenue officials and that all emergency rescue teams are on their way to the spot.