India have got more questions to answer than Aus for Test series: Ponting 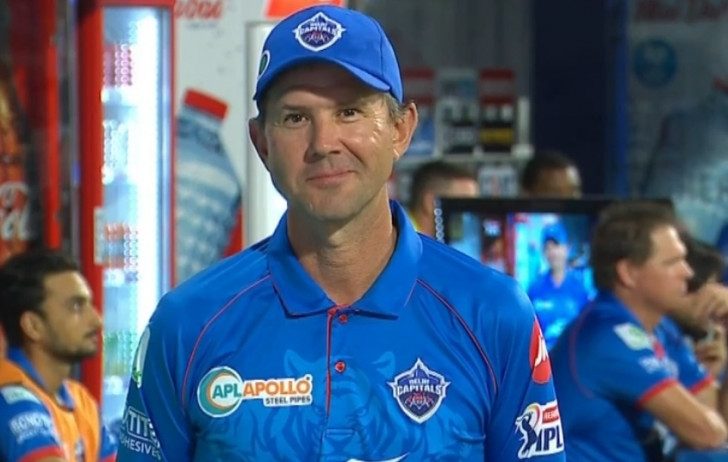 Sydney, Nov 19
Former Australia captain Ricky Ponting believes India's best side for the first Test of the upcoming four-match series is far from settled and skipper Virat Kohli's departure during the series will add further uncertainty around the make-up of their side.

India, who are the current holders of Border-Gavaskar Trophy, will be without Kohli for the final three Tests as he will return to India to be with his wife Anushka Sharma who is expecting their first child.

Ponting says that with the return of Steve Smith and David Warner, who were not part of the 2018-19 series, the hosts will be a tougher nut to crack this time around for the Indian team.

"The one thing we haven't spoken enough about is yes India were really good here last time, but with those guys (Smith and Warner) missing at the top of the order, that leaves a big gap in any team," Ponting told cricket.com.au.

"India will feel that without Kohli there (for three Tests), for his batting and leadership, that will put all sorts of pressure on different players. You'd think (Ajinkya) Rahane will take over the captaincy, which will put extra pressure on him, and they've got to find someone to bat at that really important No.4 spot," he added.

According to the former Australia skipper, once Kohli goes, India will not be "clear in their own mind" with their batting order even for the first Test - a day-night fixture slated to be played at the Adelaide Oval from December 17.

"I don't think they'll be clear in their own mind, even now, what their batting order will look like for the first Test. Who's going to open, who'll bat at four when Kohli goes?" said Ponting.

"(Fast bowlers Mohammad) Shami, Jasprit Bumrah - will it be Ishant (Sharma), with it be Umesh Yadav, will it be a young guy like (Navdeep) Saini or (Mohammad) Siraj? The questions that are being asked around Australia with (Will) Pucovski and (Cameron) Green, I think India have got a few more questions to answer," he added.

Meanwhile, he believes the Australian team management should stick with Joe Burns as David Warner's opener for the Adelaide Test.

There have been many calls for the inclusion of 22-year-old batsman Pucovski for the pink-ball Test, including that from former captain Mark Taylor.

Pucovski, who is among the five uncapped players named in the 17-man squad for the Border-Gavaskar Trophy, has made a strong case for selection in the playing XI with back-to-back double centuries for Victoria in the Sheffield Shield. Right-handed Queensland batsman Burns, however, has had a highest of just 29 in his five innings this season.

"Burns hasn't done much wrong. If you go back to last summer, he played really well in the first Test in Brisbane and I remember saying then to lock him in and give him a good go at it for a while," Ponting said.

"We read a lot into what's happened in the first few rounds of Shield cricket, and because they haven't played a Test match for so long, a lot people are forgetting what happened last summer," he added.

Ponting has also warned against making changes to a Test side that's riding a five-match winning streak and is currently placed at the number one spot, despite not having played since early January.

"The boys have been on a roll with their performances in Test cricket and I always say you don't want to be making too many changes if you don't need to," said the 45-year-old.

"But I think that's where this one becomes a unique one; Burns is about 30, and you've got a young guy who seems to be at the peak of his powers, who's been touted as a very good player for Australia and has been for a few years. That's where the decision is going to be a really tough one for them," he added.

The former Australia skipper however said Pucovski is doing everything he can to make his Test debut this summer.

"I'm just reading the tea leaves a little bit, even with what Justin had to say about the relationship between Burns and Warner, my gut feeling is they won't go to Pucovski just yet," said Ponting.

"But it'll only be a few slip ups from a few players and we know who the next cab off the rank is going to be. (Opening) is just another string to (Pucovski's) bow. I'm sure if a middle order spot came up and they weren't thinking about playing an all-rounder, I'd think his name would be mentioned ahead of Cameron Green," he added.