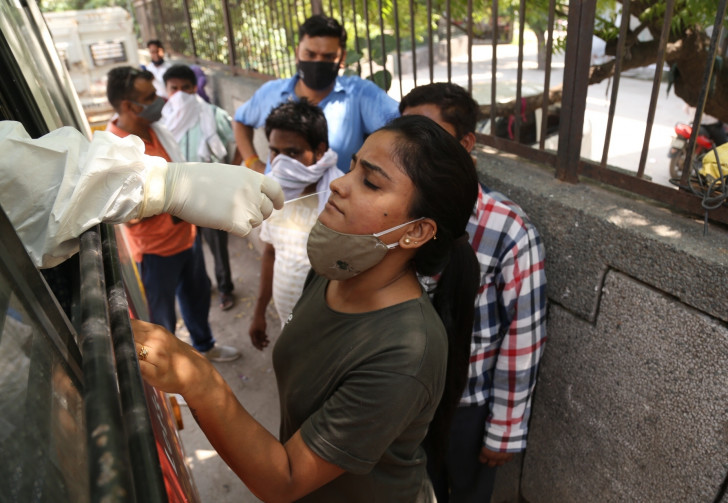 New Delhi, Nov 19
As deaths due to Covid rise with each passing day in the national capital, the Delhi High Court on Thursday asked the Aam Aadmi Party government to file a status report indicating the steps it has been taking to ensure adequate facilities available for cremating those who are succumbing to the deadly virus.

"It's disheartening to note that the number of deaths in the national capital have climbed to 131 in a day. Funeral pyres are burning through the night, the crematoriums are overflowing.

"Are you conversant?" the high court asked the Delhi government.

The court also said that the Delhi government should be alive to the fact that Rapid Antigen Tests (RAT) are no longer helping because of the large number of asymptomatic persons and pointed out again for conducting more tests through RT-PCR for better results.

A division bench presided by Justices Hima Kohli and Subramonium Prasad asked the Arvind Kejriwal government to state in its next status report the steps taken up by it on last rites of those dying of Covid-19.

"Considering the steep rise in Covid-19 deaths in Delhi over the past couple of weeks, Delhi government is directed to state in its next status report about the steps taken by it to ensure that there are adequate arrangements made at all the crematoriums for carrying out the last rites for those who succumb to Covid-19," the bench said.

The court also pulled up the Delhi Government for deteriorating condition due to rise of the pandemic in the national capital and questioned: "Why were you waiting for the court's order to reduce the number of guest at the weddings, which could have been done earlier."

The observations were passed while the court was hearing a Public Interest Litigation filed by advocate Rakesh Malhotra seeking increase in testing numbers in the national capital and getting speedy results.

The court also directed the Delhi government to publicise its order relating to reserving 80 per cent ICU beds for COVID-19 infected people in 33 private hospitals in the national capital through advertising it in print and electronic media.

The bench has now asked the Delhi government to file a fresh status report within one week and has slated the matter for further hearing on November 26.