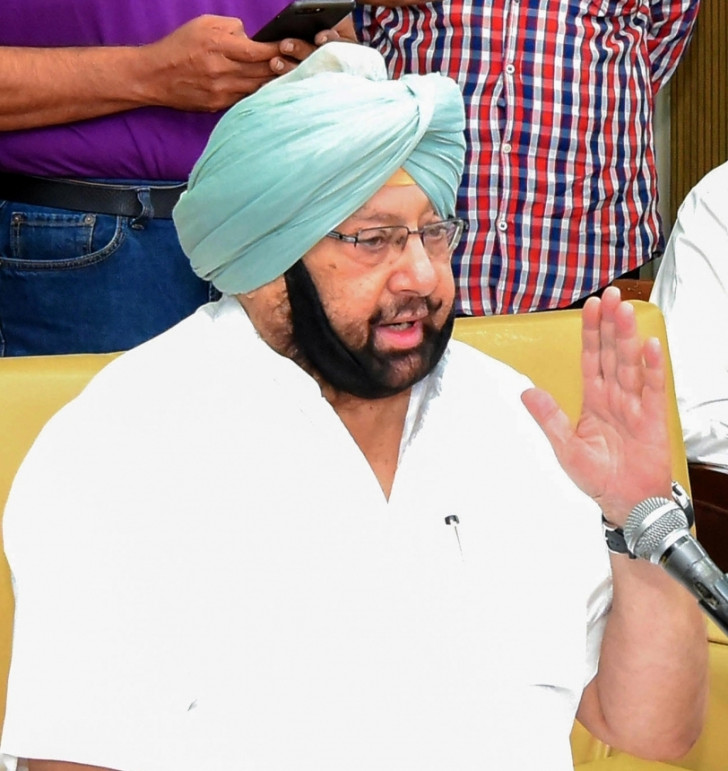 Chandigarh, Nov 21 Citing the agency's poor track record in the Bargari case, which it had closed without any investigation, Punjab Chief Minister Amarinder Singh on Saturday said his government will not allow the Central Bureau of Investigation (CBI) into his state without permission.

Pointing out that eight states, including Punjab, had withdrawn permission to the agency to enter without prior permission, the Chief Minister said the agency was being increasingly used to play politics, and a fair probe could not be ensured through CBI.

Dismissing the Bharatiya Janata Party (BJP) as a non-entity in Punjab's political arena, the Chief Minister told a TV channel that the BJP was welcome to contest all 117 assembly seats in the state though the party would not be able to win a single seat without an alliance partner.

The Congress had, in fact, no challenge in Punjab, with even the Akalis and Aam Aadmi Party (AAP) posing no threat, he said, adding that neither of these parties had ever talked about anything positive in the interest of the state.

With elections in the state still around 18 months away, it was not possible to say which issue will dominate the polls, said Singh, while expressing the hope that the BJP will resolve the farmers' grievances soon.

Farmers want the minimum support price (MSP) to remain and the government of India should take steps to ensure that, he said, lamenting the adamant stand being taken by both the Centre and the farmers, leading to the prolonged agitation which was affecting supplies to the frontline soldiers while damaging Punjab's interests.

He, however, said agitation was the democratic and constitutional right of farmers, which the Central government had evidently realised, as apparent from their decision to call Kisan Unions for talks.

The Chief Minister reiterated that corporate houses were welcome to buy foodgrains in Punjab as long as they follow the existing marketing system, built on close ties between farmers and 'arhtiyas'.

He rejected the BJP charge of the Congress and other Central ipposition parties were misguiding the farmers, pointing out that the entire Vidhan Sabha in Punjab had unanimously rejected the farm laws, though some parties had subsequently made a U-turn due to political compulsions.

When the Bills were brought in Parliament, the Central government should have consulted all stakeholders, including the Punjab government, instead of passing them without discussion, said the CM.

Terming the dissent in the Congress as a sign of internal democracy in the party, the Chief Minister pointed out that those who had written a letter to the party high command had been included in key committees constituted by party chief Sonia Gandhi.

On the issue of SGPC elections, the Chief Minister said he had been demanding those for long but the Akalis did not want polls to the body, which they had been using for their own political gains.