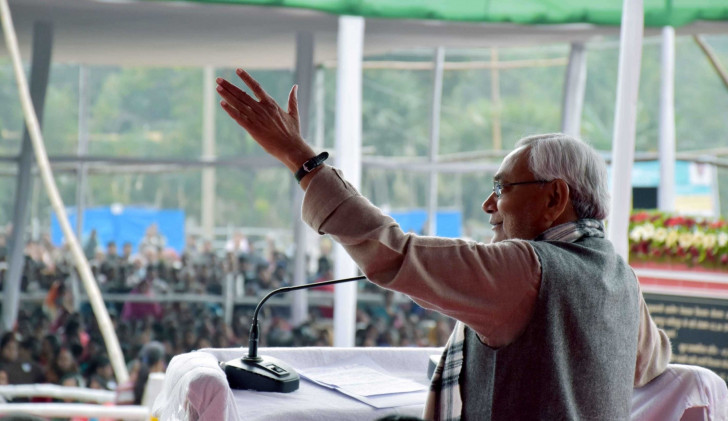 Patna, March 6 : The ruling Janata Dal (United) has been trying to increase its outreach among the people in Bihar ever since it got fewer seats in the Assembly elections held in Bihar last year. The party is now focusing on wooing the upper caste voters.

After the Centre gave reservation to the economically weaker sections from the General category, political parties have been eyeing the upper caste votes.

It is generally seen that political parties set up many cells such as the Backward cell, Minority cell, Dalit cell, Mahadalit cell, including many other cells in their organisation but an Upper Caste or 'Savarna' Cell has usually not been formed. The JD-U has now formed a 'Savarna' cell and is trying to woo the 'Savarna' community.

The JD-U has appointed Nitish Kumar 'Vimal' as the President of the party's 'Savarna' Cell. It is being touted as a masterstroke by Nitish Kumar, the former JD(U) President and current Bihar Chief Minister. Traditionally, the upper caste voters are considered to be the vote bank of the Bharatiya Janata Party (BJP). The
JD-U now seems to be eyeing the vote bank of its own ally BJP.

It is being said that the JD(U) is wooing the upper castes after looking at other caste arithmetic. The JD-U has given the responsibility of the party's National President to RCP Singh, who is making changes in the party's organizational structure after the 2020 Bihar Assembly elections. Singh is constantly working to increase his outreach towards the people.

Nitish Kumar 'Vimal', President of the JD-U 'Savarna' Cell, says that the party will meet people from the upper castes and try to gauge their problems and issues. He says the party cell will try to use the benefits of the schemes run by the government to reach the upper castes as well.

Former Minister and Legislative Councillor Neeraj Kumar says that Chief Minister Nitish Kumar has been identified as a 'distinct politician'. He said that there have been various tasks undertaken in Bihar for the welfare of the 'Savarnas' even before reservation was proposed for the economically weaker sections from the General category. He said the party has formed the 'Savarna' Cell to pursue this programme.

Sources say that the number of upper caste voters in Bihar is not very high, but in many areas they have been influencing the election results. There is a possibility that other political parties will also follow suit.

The upper castes in Bihar are generally categorised from four castes -- Brahmins, Bhumihars, Rajputs and Kayasthas. Their total population in the state is believed to be nearly 19 per cent. Previously, the upper caste voters had been voting for the Congress but have now 'shifted' towards the BJP. There is an alliance between the JD-U and the BJP.