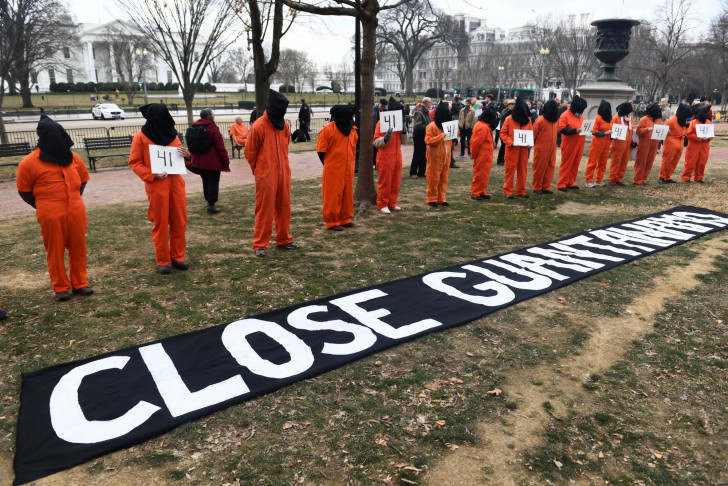 Washington, July 20 : US President Joe Biden's administration has transferred its first detainee out of Guantanamo Bay, nearly 20 years after he was incarcerated at the military detention facility, the Department of Defence (DoD) announced.

In a statement released on Monday, the Department said: "In 2016, the Periodic Review Board (PRB) process determined that law of war detention of Abdul Latif Nasir no longer remained necessary to protect against a continuing significant threat to the national security of the US.

"Therefore, the PRB recommended that Nasir be authorised for repatriation to his native country of Morocco, subject to security and humane treatment assurances.

"The steps necessary to effectuate the repatriation were unable to be completed prior to the end of the (former President Barack) Obama administration."

According to the DoD, the PRB process was established on March 7, 2011.

The administration of former President Donald Trump affirmed the PRB process in January 2018, but did not complete the repatriation, it added.

The statement further said that the US commends Morocco for its "long-time partnership in securing both countries' national security interests".

"The US is also extremely grateful for the Kingdom's willingness to support ongoing efforts to close the Guantanamo Bay Detention Facility."

It was not immediately clear whether he would be detained or released in Morocco, with the US officials referring reporters to the government of Morocco for more information.

After Nasir's transfer, 39 detainees remain at Guantanamo Bay, ith 10 eligible for transfer who have already been approved by the PRB, 17 eligible for the PRB, 10 involved in the military commission process and two have been convicted.

According to the American Civil Liberties Union, since the prison camp opened in 2002, almost 800 detainees have passed through its cells.

In addition to unlawful detention, many were subjected to torture and other brutal treatment.