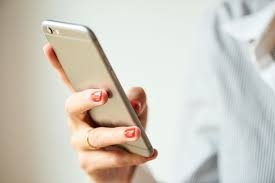 New Delhi, July 21 The phone numbers of several top leaders of the NSCN (I-M) were added to a list of persons of interest believed to be generated by an Indian client of Israeli spyware company NSO Group, The Wire reported.

The leaked database, which forms the basis of the Pegasus Project comprising thousands of numbers and accessed by the French media non-profit Forbidden Stories, contains some that were successfully targeted using the Pegasus spyware, a military-grade surveillance tool that involves hacking a smartphone to compromise its contents.

In the aftermath of the August 2015 framework agreement, which is intended to resolve the six-decade-old Naga political issue, the National Socialist Council of Nagaland or NSCN (I-M) has been in talks with the Narendra Modi government to flesh out the details of a final settlement.

Among the top leaders of NSCN (I-M), whose phone numbers have been found in the leaked database, are Atem Vashum, Apam Muivah, Anthony Shimray and Phunthing Shimrang, The Wire said.

The NSO Group has disputed the authenticity of the list, saying that it has nothing to do with the company or its clients.

The leaked records also show that N. Kitovi Zhimomi, convenor of the Naga National Political Groups (NNPGs), with which the Modi government is also in parleys to find 'one solution' to the Naga issue since 2017-end, was selected as a possible candidate for surveillance towards the end of 2017.

The Wire said that as per the leaked data, while the phone number used by Atem Vashum -- widely considered to be the successor of Th Muivah, the chairman of the NSCN (I-M) -- attracted interest in mid-2017, that of Muivah's nephew Apam Muivah was added shortly thereafter.

Two phone numbers of Anthony Ningkhang Shimray, the commander-in-chief of the Naga Army of NSCN (I-M), also appear in the leaked records during late 2017.

The phone number of Phunthing Shimrang, the former commander-in-chief of the NSCN (I-M)'s Naga Army, and that of the NNPG convener, N. Kitovi Zhimomi, appear later, towards the first half of 2019, The Wire said.

A closer look at the timings of these selections provides useful insights into the negotiation process that the Centre has had with the Naga leaders.

The Wire said the numbers present on the leaked list were added from mid-2017 onwards. The phone numbers of Atem, Anthony and Apam -- three key representatives of the outfit in the talks with the government -- feature in the leaked database from that year onwards, till the time the records end, which is mid-2019.

For Anthony Shimray, his selection as a possible candidate for surveillance comes around the time he reportedly took over from Phunthing Shimrang as the new commander-in-chief of the NSCN (I-M)'s 'military operations', presumably a notional position since the over two decades old ceasefire remains firmly in place.

While Atem and Apam joined the post-August 2015 agreement dialogue with Union government's interlocutor R.N. Ravi, Anthony was in Tihar jail at the time.

He was arrested from Kathmandu in September 2010, allegedly for negotiating an arms deal with a Chinese company. The NIA charged him with gunrunning and attempting to wage war against India and he had remained in Tihar jail for six years since then, The Wire said.