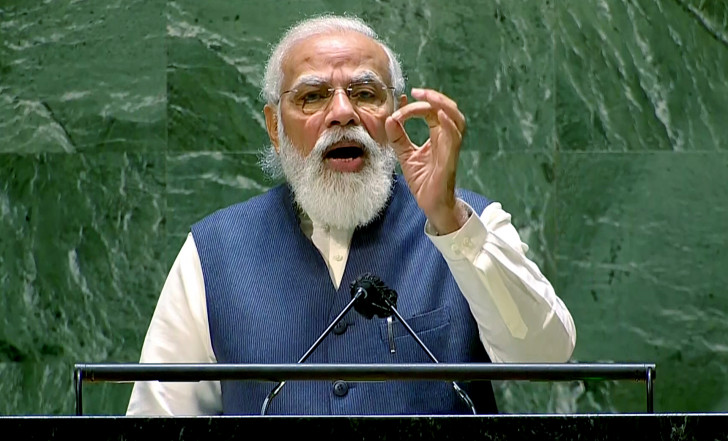 New York [US], September 25 (ANI): Prime Minister Narendra Modi on Saturday highlighted flagship schemes of his government including Ayushmann Bharat, PM Awas Yojana and PM Jan Dhan Yojana and emphasised the principle of 'Antyodaya'. Speaking at the 76th session of UNGA, he said India today is moving forward on the path of integrated development with 'Antyodaya' principle.
"I can say with my own experience that democracy can deliver. Yes, democracy has delivered. Today is the birth anniversary of Deendayal Upadhyaya, the proponent of Ekatma Manav darshan, which means integral humanism or the development journey undertaken together with the expansion of the self to the universe moving from individual to the society to the nation and the entire humanity," he said. "This philosophy is dedicated to Antyodaya. The modern-day definition of Antyodaya is where no one is left behind, it is with this principle that India today is moving forward on integrated development," he added.
The Prime Minister pointed that his government's priority is that development should be all-inclusive, universal and one that nurtures all.
"Our priority is that development should be all-inclusive, universal and one that nurtures all. During the last seven years, in India, over 43 crore people have been included into the banking system who were deprived of the banking system earlier. Today over 36 crore people have insurance security scheme (bima suraksha kavach) who could not imagine this earlier," he said.
"India has provided free treatment to over 50 crore people and connected them with quality healthcare service. India has constructed three crore pucca houses for homeless families and made them homeowners," he added.
PM Modi said that the Government of India is undertaking a campaign to ensure clean water through pipe supply to all houses in the country.
"Polluted water is a very big problem not just for India but for the entire world and in particular for poor and developing countries. In order to address this challenge, we are carrying out a very big campaign to ensure clean piped water to more than 17 crore homes," he said.
"Today, we are carrying out mapping through drones in more than 6 lakh villages to give digital records of their land and houses to crores of people," he added.
PM arrived in New York on Friday evening for the final leg of the US visit. He left from Washington on Friday after a bilateral meeting with US President Joe Biden and attending the Quad Summit.
PM Modi reached Washington on Wednesday for a three-day visit to the country, his first beyond neighbourhood since the outbreak of the COVID-19 pandemic.
The Prime Minister held bilateral meetings with US President Joe Biden and Vice President Kamala Harris in Washington. He also met his Australian and Japanese counterparts Scott Morrison and Yoshihide Suga.
PM Modi also participated in the first in-person Quad Summit. Apart from this, he also held meetings with five global CEOs for potential investments in India. (ANI) 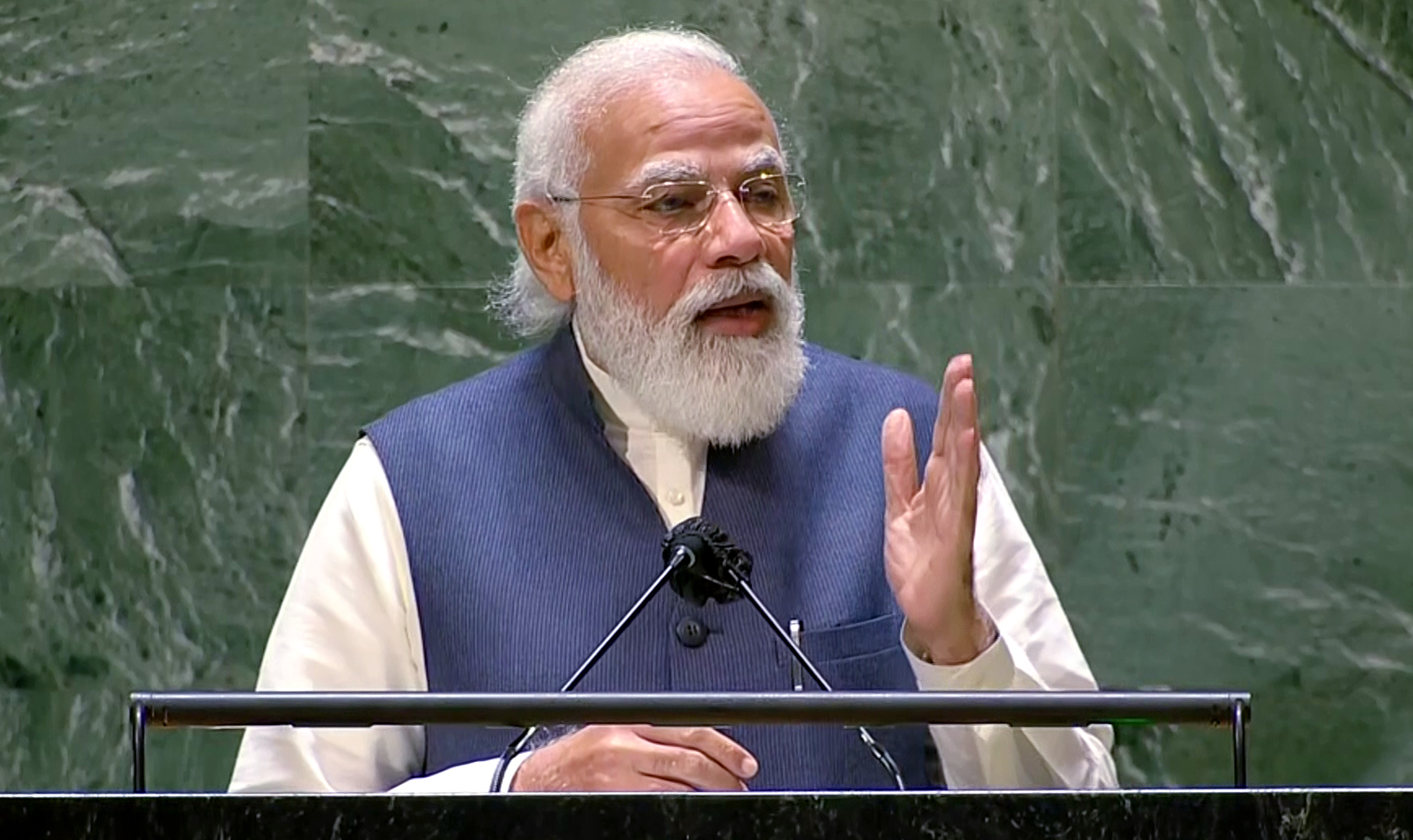 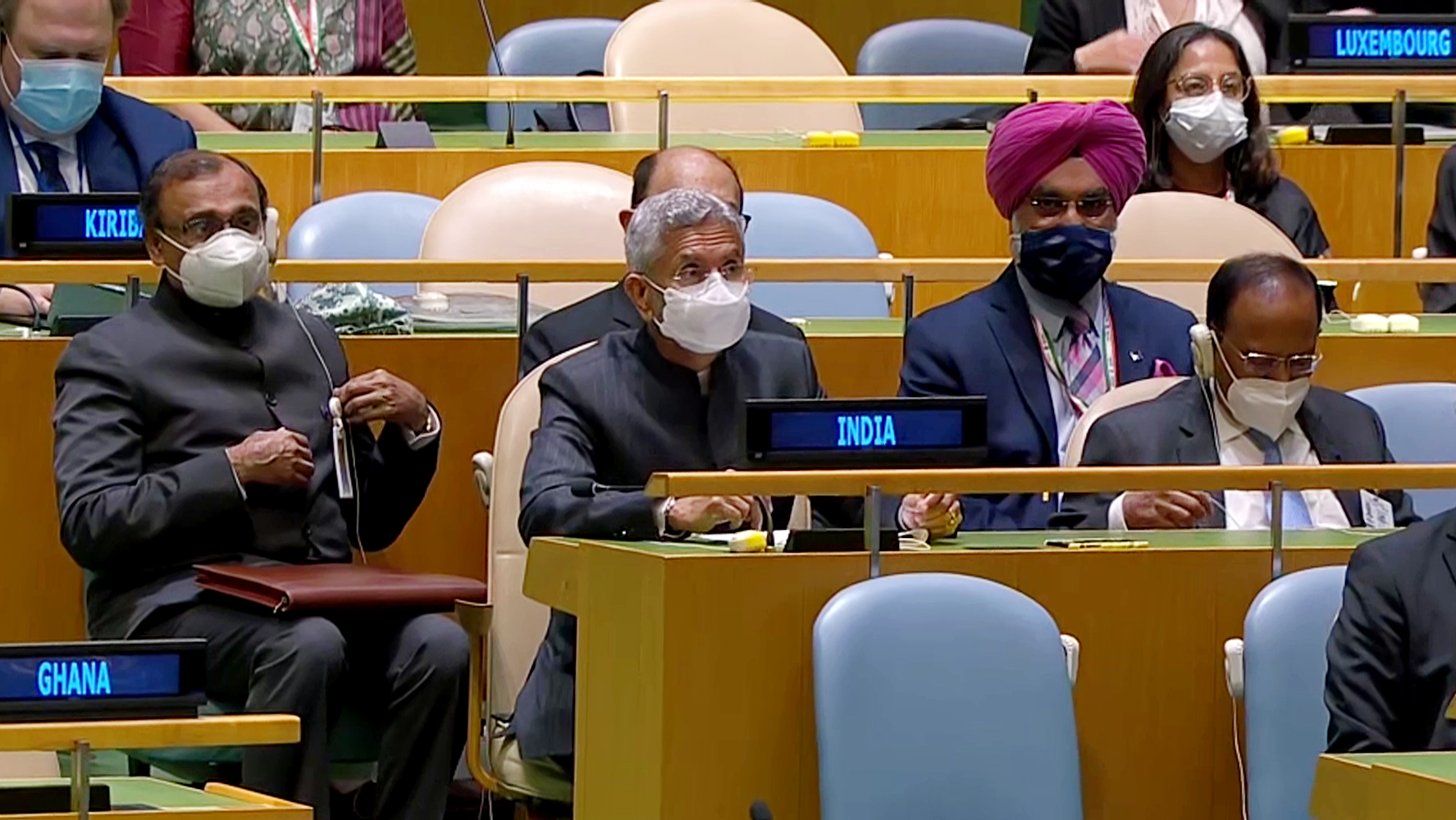