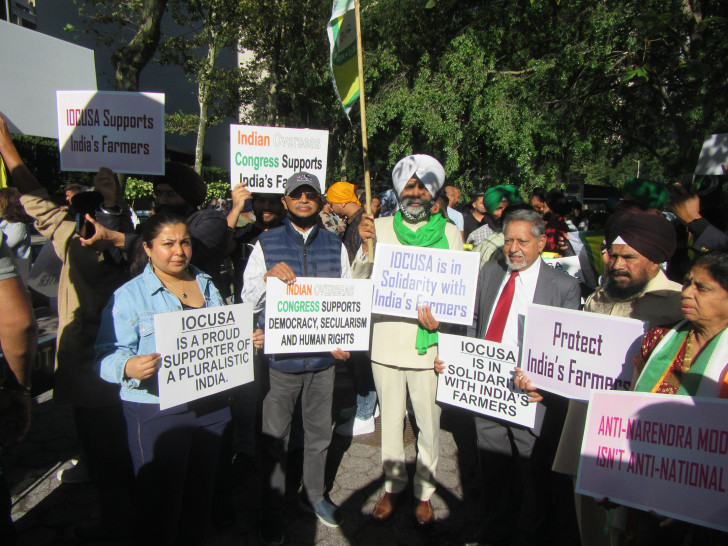 The Indian Overseas Congress, USA, an advocacy organization that promotes democracy, human rights, and equal justice together with its supporters and friends, held a protest rally in front of the United Nations on Saturday, September 25, 2021, as Prime Minister Narendra Modi was delivering his address to the General Assembly.

“Although we have no issues with a Prime Minister of India visiting the U.S. or the U.N. and promoting better bi-lateral relations or promoting world peace, it is imperative to let him know at the same time that we do not approve of his misgovernance in dealing with COVID epidemic or undermining the democratic institutions,” said George Abraham, Vice-Chairman of the IOCUSA. “If there is to be genuine economic progress and social development in India, political tranquility and social harmony is a prerequisite without which there would be very little hope for the future. Let us, at the minimum, raise our voices, no matter how feeble it may be, because one day our next generation might ask where you have been when India took a turn towards authoritarianism and fascism,” Abraham added.

“I am glad to state that IOCUSA stands firmly behind India’s farmers who have been denied their rightful voice and concerns to be heard by the Modi government which has pushed a set of bills through the parliament for the benefit of the crony capitalists and to the detriment of our farmers” Mr. Mohinder Singh Gilzian, President of the IOCUSA said. “We want Modi to know that the NRI voice will continue to be raised in support of their protest unless and until he resolves these issues,” Mr. Gilzian added.

Secretary General Harbachan Singh referring to the plight of the farmers suggested that a Prime Minister should not abuse his power or shirk his responsibility and torture peaceful farmers protesting for their legitimate concerns by not heeding to their concerns.” It is claimed that this is perhaps the largest and the longest peaceful protest rally in the history of the world.

The protesters carried slogans and chanted examples to point out the failures of the Modi government, e.g. “Anti-Narendra Modi isn’t anti-national,” “We are all Indians. Stop discrimination based on religion, caste and language”, “Protect India’s constitution”, “IOCUSA supports democracy, freedom, and human rights”,” IOCUSA supports India’s farmers”, “IOCUSA -proud supporter of pluralistic India” and so forth. 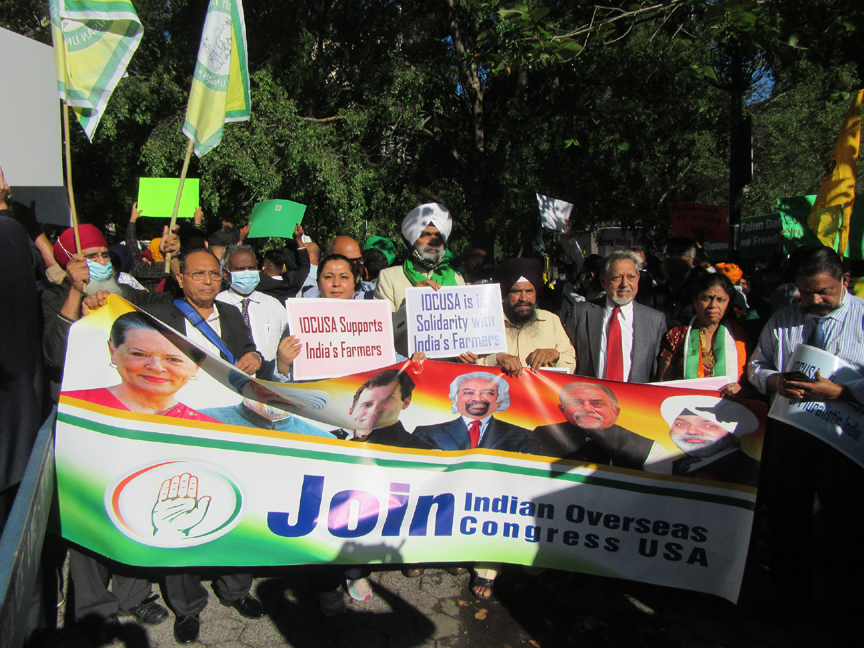 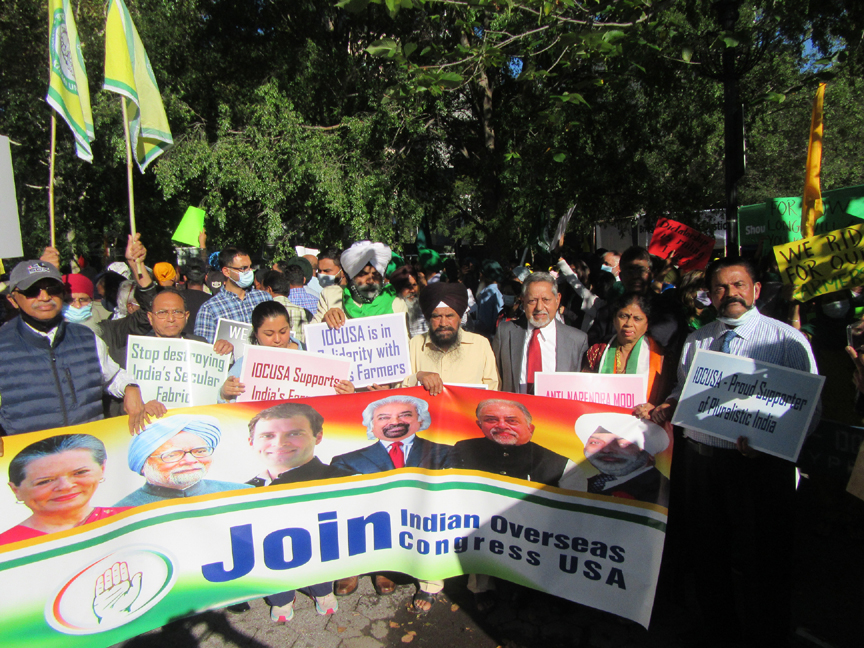