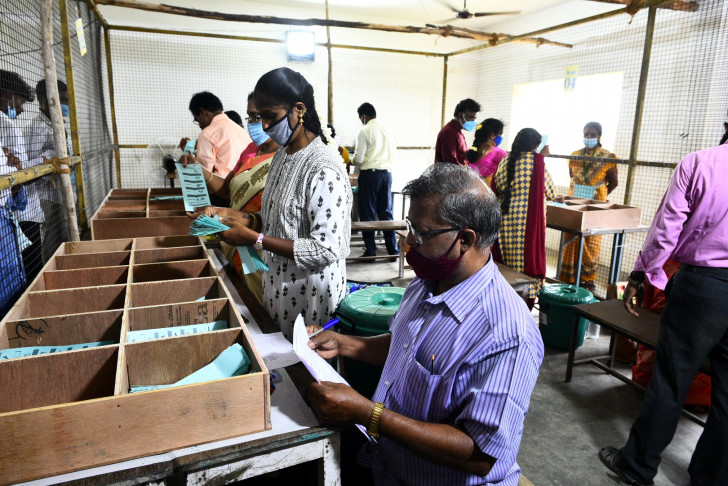 Chennai, Oct 14 The heavy drubbing in the rural local body polls in nine districts of Tamil Nadu has affected the morale of the AIADMK and the party will have to rework its strategy to maintain its position as a major opponent to the DMK in the state.

The AIADMK cadres in private admit that disunity among the top leadership and the lack of proper strategy has led to the poor show of the party. Party cadres are of the opinion that during the times of MGR and Jayalalithaa, the major plank of the AIADMK was the tough anti-DMK stand taken by the party but during the past five years after the passing away of Jayalalithaa, the AIADMK has lost its plot.

M. Selvapandi, a local level AIADMK functionary at Pammal in Chengalpattu district told IANS, "We have lost our plot in the rural local body elections but I am certain that the party will come back to power in the next assembly elections. Strategy has to be properly reworked and our campaign did not work properly among the masses. AIADMK as a political party has always survived by anti-DMK rhetoric and it is missing for the past five years leading to the loss of morale of the cadres."

The major campaign of the AIADMK was the failure of the DMK government to do away with the NEET exam as promised in its election manifesto, but the results show that it did not have any impact on the people.

In the past five months since it assumed office on May 7, the DMK government has been fulfilling its electoral promises one by one and it could showcase around 200 promises of the 2021 assembly elections being fulfilled. This was a major plank of DMK's campaign for the rural local body polls.

R. Padmanabhan, Director, Socio-Economic Development Foundation, a think tank based out of Madurai, told IANS, "The AIADMK has to rework itself and the disunity among the top leaders, OPS and EPS was reflected in the performance of the party as the cadres lost the plot. There were clear indications that the party has lost its plot but the leaders did not take it seriously during the polls and this has cost it dearly."