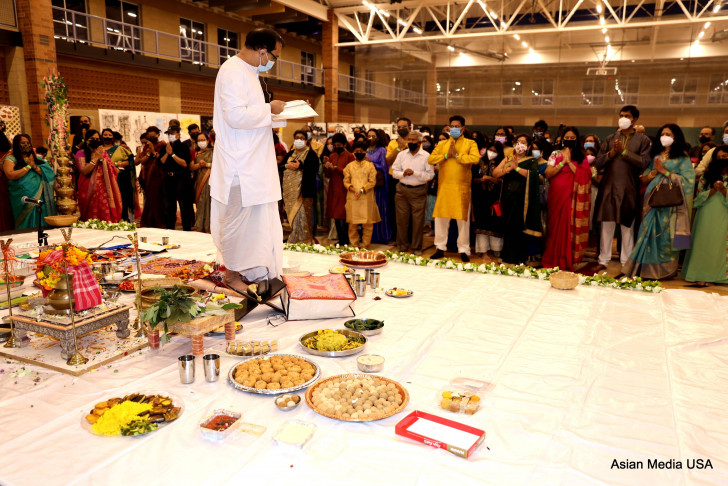 Chicago IL: Bengali Association of Greater Chicago (BAGC) concluded its three-day Durga Puja Mahotsav on October 10th,2021. The celebrations started on October 8th and continued for three days that included Puja, Arati and Pushpanjali. BAGC is a non-proﬁt organization dedicated to preserving and promoting literature, art, music, and the rich religious and cultural heritage of South Asian Indian community for past 44 years. In addition to three days of Puja and all its special features, they also had an array of cultural programs with some legendary artists from both the USA as well as from India. Last two years, BAGC through its strong tech committee who continued connecting with the community virtually due to the challenges posed by Covid-19 Pandemic through BAGC Live YouTube channel and BAGC Radio in showcasing its virtual events to the entire community across the globe.

This whole Celebration is all about Durga Maata Puja as done by Shree Rama (Akal Bodhan) before going to the war with King Ravana. Normal 9 Days of Puja called Nava Ratri ends with Dusserah whan King Ravan was killed. BAGC Celebrated the 6th day till the 10th Day of Puja and ending done with Ravan Dahan. BAGC Executive Committee of 2021 with all the Volunteers made this Large event most successful even under this Covid Pandemic.

Durga Puja is celebrated during Navaratri to honor goddess Durga culminating into Bijoya Dashami also known as Vijaya Dashami or Dusshera in other parts of India. Mahashasti was celebrated on Friday, October 8th with Puja, Pushpanjali in the Evening and cultural performances by local and external talents, which includes like curtain raiser (Jalo Pradeep Jalo), Musical Comedy Show (Kichu Haasi Kichu Gaan) and performance by a Chicago based band DhoomK2. Mahasaptami and Mahashtami celebrated on Saturday, October 9th included morning and evening prayers along with a BAGC Youth Production on Environment Awareness (Sabuj Prithvi) in the evening followed by a musical retrospective to legendary Bengali Music Directors and a musical performance by Debarpan Dhar with his melodious voice. Mahanabami and Dashami, celebrated on Sunday,10th October, which is the conclusion day of the Puja Ceremony includes beautiful Bisharjon, Sindhur Khela and Dhanuchi Nach during the day and cultural program in the evening. The cultural program in the evening included drama “Tritiyo Nayan'' by Chicago Natya Goshthi (CNG) and fusion dance “Rhythm of Fire ''.

BAGC President Jayanta Mukherjee along with the entire BAGC committee teams, and volunteers worked days and nights for the super successful Durga 2021 Puja celebration. The current committee led by Jayanta Mukherjee has been around for the last two years and working towards creating an all-inclusive participation from other communities as well as ethnicities. The three-day event also included two grand concerts at Hemmens Cultural Center, Elgin, Il with two celebrity vocalists and their teams. All three days had booth for free mandatory covid testing provided by Amita Labs and every attendee followed mask mandate for all indoor events.

During the first concert, the fusion queen Vidya Vox along with Shankar Tucker and other team members created the musical magic with her refreshingly unique and contemporary voice. Vidya the gen z sensation who has over 7 million you tube subscribers and close to a billion views sang in a variety of languages including Rongobati her first Bengali song and kept the audience dancing during the entire show. The master of the ceremony for the concert was Prachi Jaitly. The second show had a team of vocalists from India led by Music Legend Music Director Jatin Pandit. Jatin Pandit was accompanied by his son Raahul Jatin and other artists like Nauzad, Malancha, and Sonia Keshwani who also graced the event being the emcee. The team enthralled the audience with all the hit numbers of Bollywood. The auditorium was packed during both the concerts.

Jayanta Mukherjee, addressed the audience during the concert and briefed everyone about the BAGC and its initiatives. The executive committees received huge appreciation from everyone for working tirelessly for the last two years to keep the BAGC activities going amidst all the challenges. He also assured of his continuous contribution to the association in the upcoming years as well. Kudos to the Cultural Committee who proved once again that whatever be the adversities the show must not only go on but with the best performers in the world addressing the diverse demography of BAGC. The success of the event was also made possible by the generous sponsors and patrons. Media partners of the entire event were Asian Media USA and Asian Media Broadcasting. 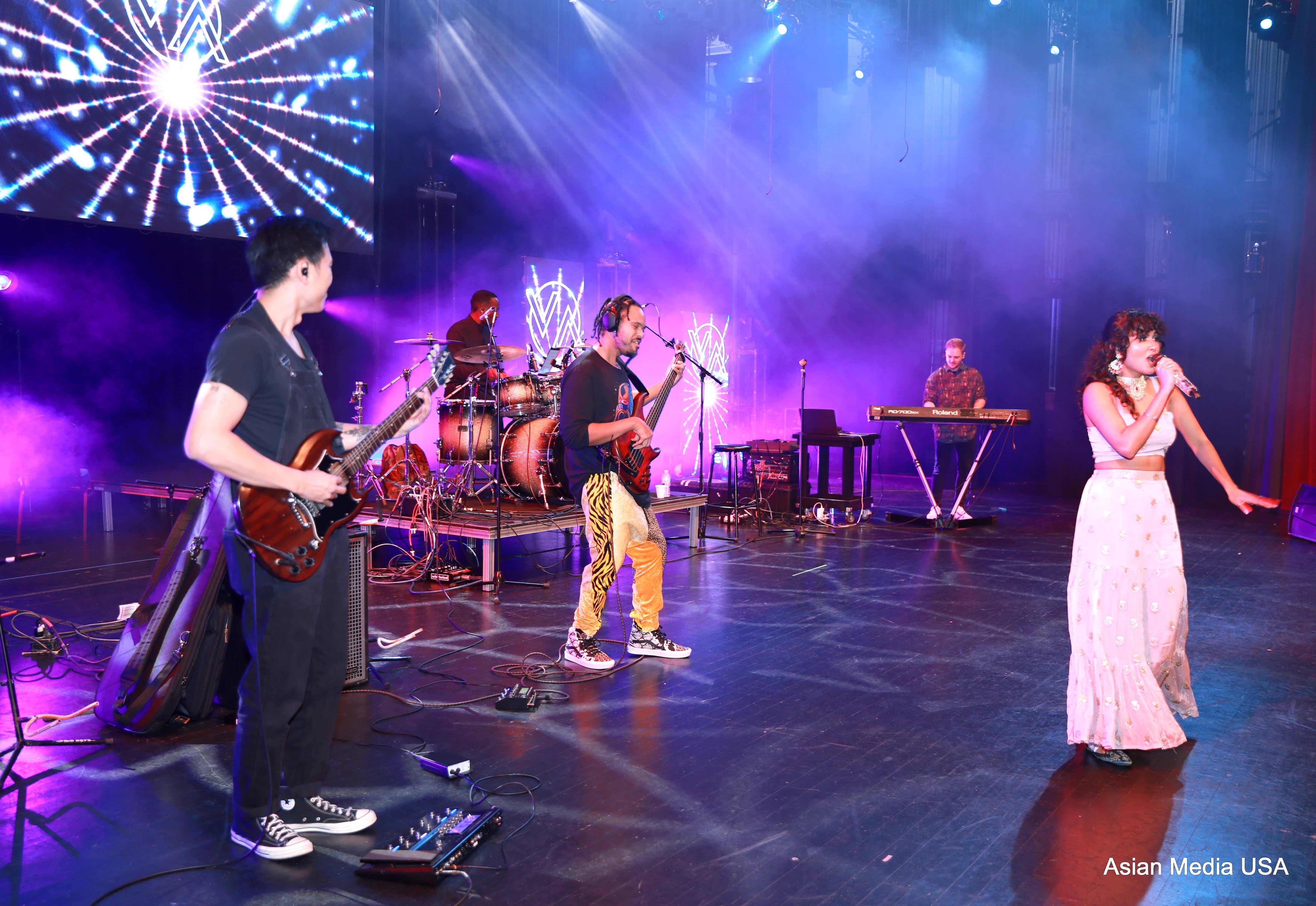 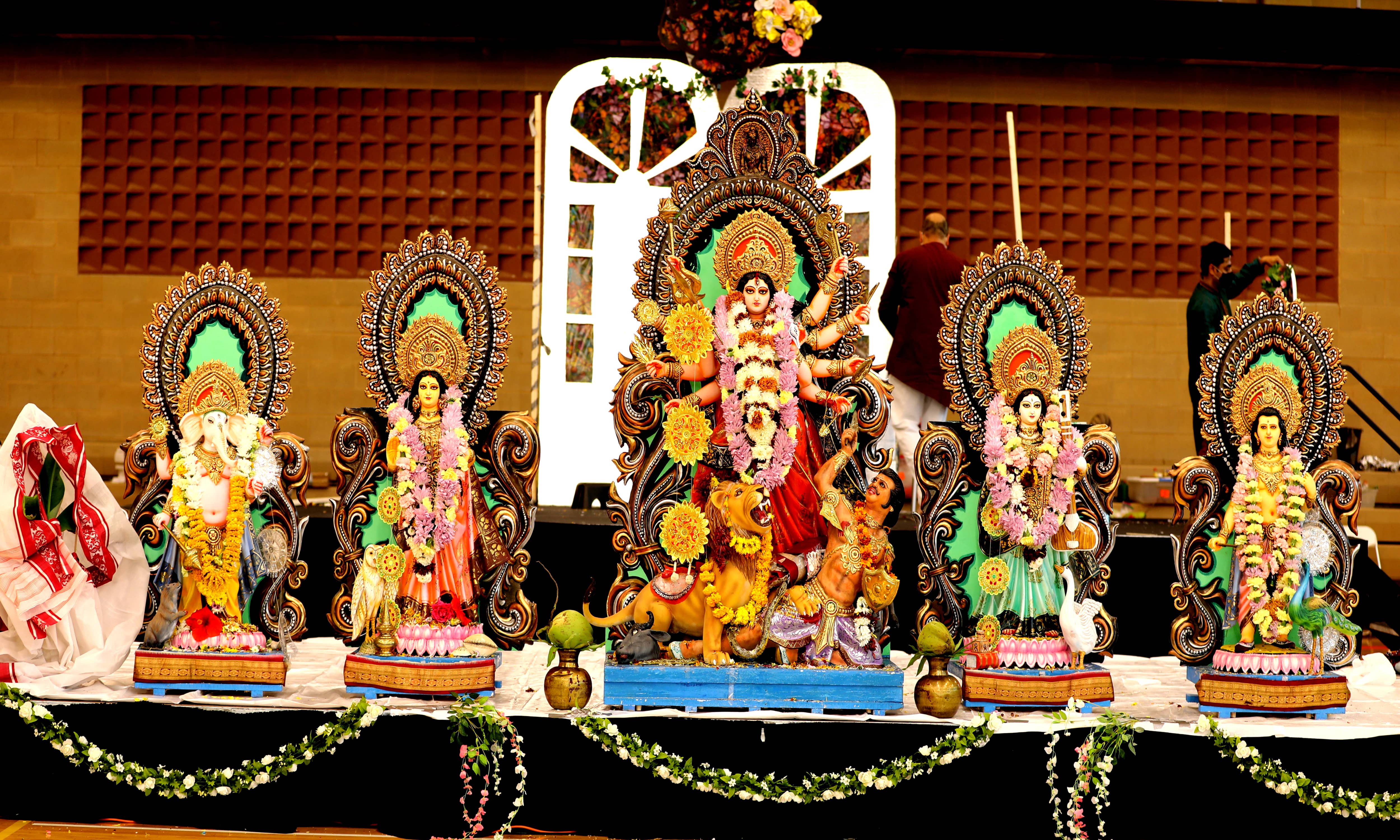