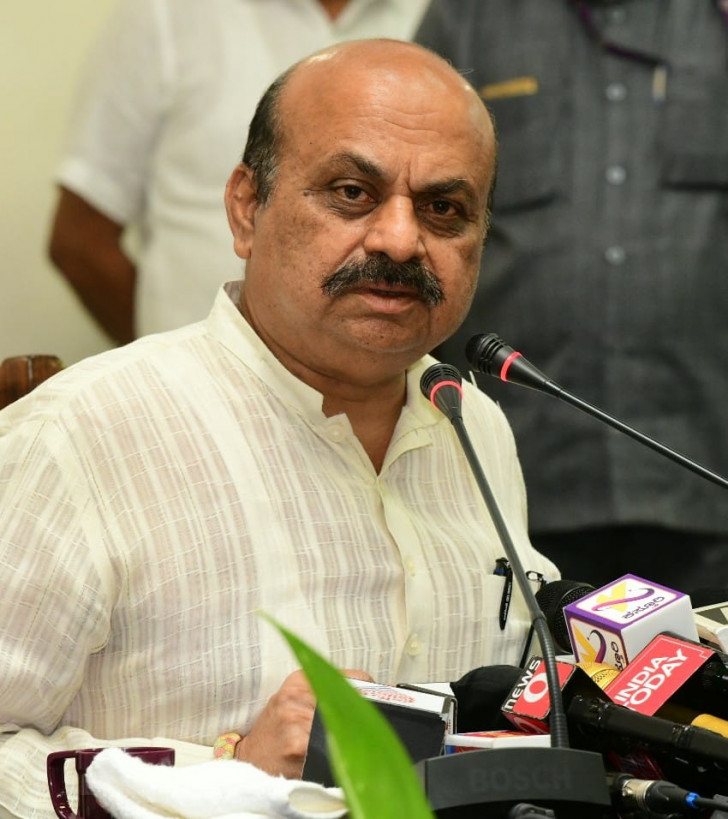 Bengaluru, Dec 3 A day after the Union Health Ministry said that two cases of Omicron have been detected in Karnataka, the state government on Friday announced slew of measures following a high-level meeting chaired by Chief Minister Basavaraj Bommai.

Revenue Minister R. Ashok said that as per the new directives, only those who have taken both the vaccine doses will be allowed entry to malls, cinema halls and multiplexes.

The parents of the schoolgoing children must receive both doses of the vaccine, otherwise their kids won't be allowed in schools, he added. The government has also directed the schools and colleges to not hold any functions in their premises.

The new rules will come into effect from Friday onwards.

"There is a spike in positive cases among students coming from Kerala. We don't want to take any chances," the minister said.

Also, international passengers won't be allowed to step out of the airports until they produce a negative RT-PCR report. Steps will be taken to increase the number of testing units at the airports. Those who want to get their test results quickly will have to pay Rs 3,000, Ashok said.

The government has also capped the number of guests at marriage halls to 500.

In order to check the spread of the virus, the number of Covid tests will be ramped up to one lakh.