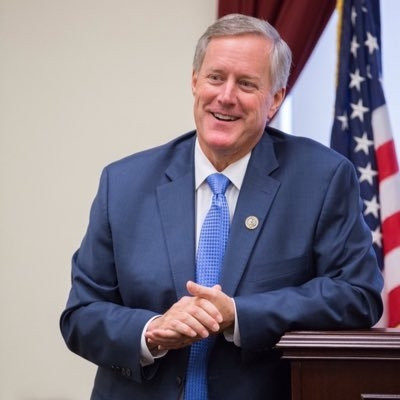 Washington, Dec 9
Former White House Chief of Staff Mark Meadows has filed a civil lawsuit against the House committee probing the January 6 Capitol riot, after the panel decided to hold him in contempt of Congress over his refusal to cooperate.

Filed on Wednesday in the US District Court for the District of Columbia, the lawsuit alleged that subpoenas issued by the 'House Select Committee to Investigate the January 6 Attack on the United States Capitol' related to Meadows' involvement were "overly broad and unduly burdensome", adding that the committee "lacks lawful authority to seek and to obtain" the information requested.

The lawsuit pointed to President Joe Biden's refusal to assert executive privilege for Trump, who has cited the privilege in an effort to prevent the select committee from getting the White House records it requested.

That dispute is being litigated in a separate case.

"As a result, Mr. Meadows, a witness, has been put in the untenable position of choosing between conflicting privilege claims that are of constitutional origin and dimension and having to either risk enforcement of the subpoena issued to him, not merely by the House of Representatives, but through actions by the Executive and Judicial Branches, or, alternatively, unilaterally abandoning the former president's claims of privileges and immunities," the lawsuit said.

Meadows previously agreed to cooperate with the select committee on matters unrelated to his executive privilege and had provided some 6,000 pages worth of documents, including information from his personal email account and personal cell phone that are relevant to the committee's investigation.

He reversed course on Tuesday, after learning over the weekend that the select committee had also subpoenaed telecommunications company Verizon for his personal phone records.

Wednesday's lawsuit also alleged that the Verizon subpoena violated both the Constitution and the Stored Communications Act.

House Republican member Liz Cheney, who serves as the Vice Chairwoman of the probe committee, said on Wednesday in an interview with CNN that lawmakers on the panel "look forward to litigating" the dispute with Meadows, who she said voluntarily produced non-privileged documents but refused to answer questions about them.

"The committee has received a number of extremely interesting, non-privileged documents from Mr. Meadows. These include text messages and emails from his private cell phone and private email account. He's produced these documents, they are not privileged," Cheney said.

"They include documents that are directly related to what President Trump should have been doing on January 6 during the attack, and now he is refusing to appear to answer questions about those non-privileged documents."