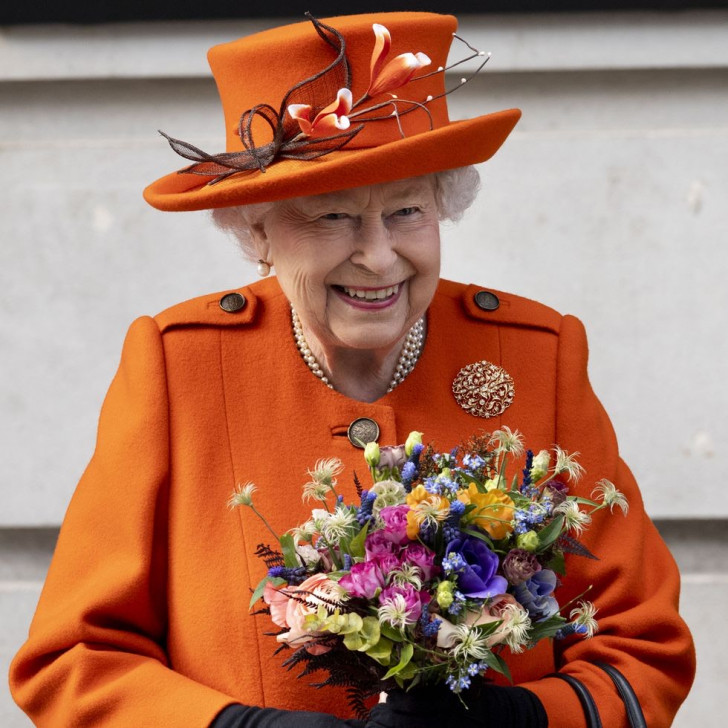 No doubt, across the Commonwealth countries or the English speaking world, the only one person known and honored as “the Queen” is Queen Elizabeth II of United Kingdom. She is remarkably a great personality of numerous specialities, February 8th, on this day in 1952 Elizabeth II was proclaimed "The Queen" of Britain.

Queen Elizabeth II became the longest-ruling British monarch during 2015, when she surpassed the ruling of her great-great-grandmother Queen Victoria. She is also the first monarch to celebrated the Sapphire Jubilee, which marks 65 Years of throne, and now on great 70 years, by this February 8th.

Surprisingly the Queen Elizabeth II doesn't use and old alarm clock. Instead Her Majesty wakes up every morning by hearing the bagpiper, playing outside of her window for 15 minutes daily morning at 9 am.

Though Indians fought against British rulers by Quit India Movement, and chased them out, we cannot forget the good things they did in India; and no doubt still we respect the Queen for the highest official position she holds.

The Queen undergone homeschooling by Britain's best tutors. She mastered constitutional history and law as preparation for her future role, and took lessons in religion from the Archbishop of Canterbury.

She has so many special privileges, and she doesn't need a driver's license, a license plate, or a passport, which makes her position unique. In other words, since all British Passpirts are issued in the name of the Queen, she herself doesn't need or have one. And the Queen also doesn't require a driver's license to drive or a license plate on her car.

You might wonder to note that the Queen gets about 200-300 letters every day. She reads a few by herself and then has staff members respond.

She was the First Lady of the Royal Family to join the Armed Services as a full-time active member. She had the privilege of learning and speaking French from French and Belgian governesses at a young age.

Another thing is about her celebrating her birthday twice. On April 21, 1926, she was born but has two recognized birthdays. The first is the actual anniversary of the day she was born (April 21) and another day as her "official" birthday, when the weather is better, for the Trooping the Colour parade. The tradition was started in 1748 with King George II.

To buy the material needed to create her beautiful wedding dress, the Queen spent her rationing coupons and the British government gifted her 200 coupons Her beautiful iconic dress featured a 13-foot-long train with over 10,000 seed pearls imported from the US.

All whales, swans and dolphins in the U.K. waters belong to the Queen since the early twelfth century.The Queen is the owner of an apartment in New York City too. It is reported that in 2015, Her Majesty purchased an $8 million, 3,000-square-foot modern penthouse in United Nations Plaza in New York City.

You wish to hear about Her Majesty's drinking habits. "Before lunch a gin and Dubonnet, added with a slice of lemon and too much of ice, is her favorite. With lunch, she will take wine and a dry Martini and a glass of champagne in the evening."

Her purse is not just to keep any money or other belongings, but it is used as a gadget to signal her staff. Just like we hold the smartphone always, the Queen is spotted only with her handbag. It is said that when ishe places her bag on the table, it is an indication that she wants to go within five minutes. If she puts her bag on the floor, it is a negative indication that she’s not enjoying the conversation and wants to be escorted out at the earliest..

In 2004, the Queen hosted a “first ever ladies only event” to celebrate "Women of Achievement" Luncheon at Buckingham Palace. She is patient enough to sit for over 129 portraits during these years of her reign.

Queen Elizabeth II, has a diamond jewelry collection quite as vast, historic and intentionally impressive, as mentioned while she celebrated her 95th birthday in 2021. Her collections include many deeply personal pieces such as the wide diamond bracelet she received from her beloved Prince Philip, who died on April 9.

Even the monarch goes undercover sometimes in public. On a recent low-key trip to Scotland, she met some (ignorant)American tourists while walking. When the tourists asked if she lived locally, she mentioned that she had a house nearby, and when asked if she’d ever met the Queen, she simply pointed at her security and said, “No, but he has!”. Yes, “The Queen” is bold, beautiful and hilarious too!. Long live the Legend- The Queen Elizabeth II!