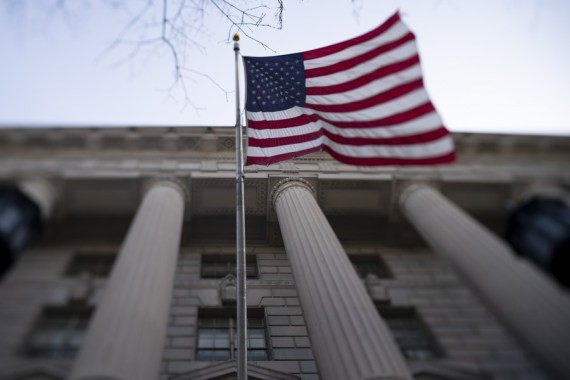 Washington, May 12 : A bill intended to codify abortion rights in the United States failed to advance in the Senate.

The bill was tabled in US Senate on Wednesday.

The Women's Health Protection Act, which had passed the House of Representatives, was voted down 49-51 in the upper chamber, Xinhua news agency reported.

All 50 Senate Republicans, along with one Democrat, opposed the Democratic-led effort, which requires at least 60 votes to move forward.

"This failure to act comes at a time when women's constitutional rights are under unprecedented attack," US President Joe Biden said in a statement.

Republicans have criticised the bill, saying that it went further than most Americans would want to go on abortion rights.

The vote came more than a week after a draft majority opinion leaked from the US Supreme Court suggested that it is poised to strike down Roe v. Wade.

"Roe was egregiously wrong from the start," Justice Samuel Alito wrote in the draft majority opinion, a copy of which was obtained and published by POLITICO.

"We hold that Roe and Casey must be overruled," the Conservative argued.

"It is time to heed the Constitution and return the issue of abortion to the people's elected representatives."

The Supreme Court acknowledged the authenticity of the draft, though it said the document did not represent its final position.

The high court is considering Dobbs v. Jackson Women's Health Organisation, an appeal case that involves a Mississippi law banning all abortions over 15 weeks gestational age except in certain circumstances. A ruling is expected by the end of the court's term in late June or early July.

Democrats are trying to make abortion rights a big issue in this year's midterm elections, as Republicans are believed to have been favoured this cycle.

An abortion rights demonstration is planned for Saturday on the National Mall in Washington, D.C., according to the National Park Service.

Participants are expected to meet on the grounds of the Washington Monument at noon for a rally and then march to the Supreme Court.

Fencing has surrounded the Supreme Court since last week. Abortion rights advocates have also protested outside some justices' homes, drawing criticism from Republicans.

"Judges perform an incredibly important function in our society, and they must be able to do their jobs without concern for their personal safety," she said.

The US Department of Justice said on Wednesday that Attorney General Merrick Garland "continues to be briefed on security matters related to the Supreme Court and Supreme Court Justices".

"The Attorney General directed the US Marshals Service to help ensure the Justices' safety by providing additional support to the Marshal of the Supreme Court and Supreme Court Police," a statement said.