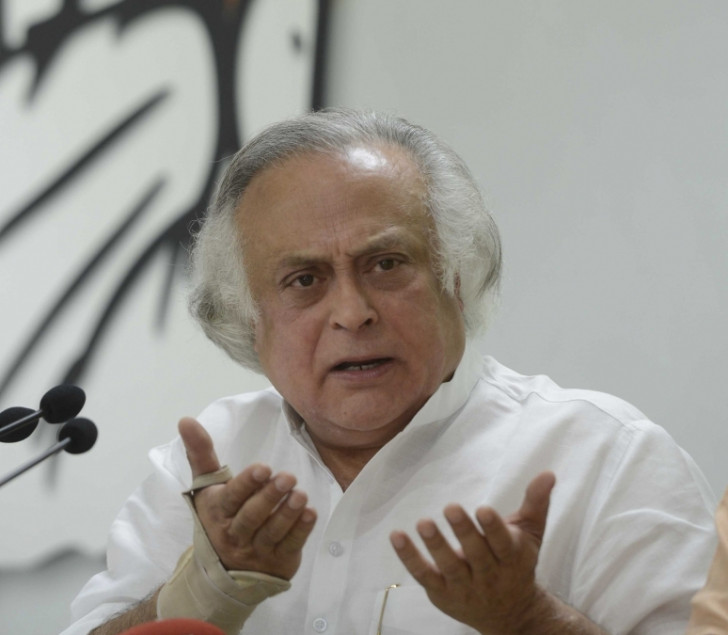 New Delhi, July 3
The Congress has refuted news reports that Rahul Gandhi has reached out to the AIADMK for support in the Presidential elections.
Jairam Ramesh, Congress General Secretary said, "This is wholly bogus and totally false. No such phone call was made. The DMK-Congress alliance is firm and steadfast enough to withstand such crude and mischievous efforts to sow confusion and weaken it."
The Congress refuted claims that Rahul Gandhi called up AIADMK leader E. Palaniswamy seeking support for Yashwant Sinha, the joint Opposition candidate for the Presidential election.
Sinha has been touring different states trying to garner support and on Saturday he was in Hyderabad to seek support.
Rahul Gandhi is on tour to his constituency in Wayanad where he arrived on Friday. The visit comes days after his office was vandalised by the activists of the Students Federation of India. The activists had alleged that as MP of the hilly district, he has done nothing to tackle the buffer zone issue which if implemented will be detrimental to a large number of Wayanad people.
"The Enforcement Directorate questioned me for 5 days, but when allegations surfaced of gold smuggling through the diplomatic channels, why was the Chief Minister (Pinarayi Vijayan) not questioned. This is because of the understanding between the BJP and the CPI-M," said Rahul Gandhi during his speech at the Wandoor Assembly constituency which forms part of the Wayanad Lok Sabha constituency.
On the buffer zone issue, Gandhi said Pinarayi Vijayan is taking the people of Kerala for a ride on this.