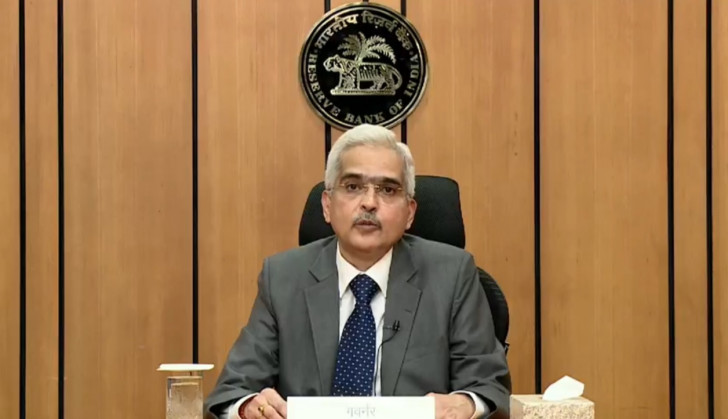 Chennai, Aug 5
Reserve Bank of India (RBI) Governor Shaktikanta Das on Friday announced the rise of policy rate or repo rate by 50 basis points (bps) to 5.4 per cent.
The policy or the repo rate is the interest rate at which the RBI lends short-term funds to banks.
Announcing the decision of the Monetary Policy Committee (MPC) during its three-day meeting, Das said it has been decided to increase the policy rate by 50 bps to 5.4 per cent with immediate effect.
In line, the standing deposit facility (SDF) rate will be 5.15 per cent and the marginal SDF will be 5.65 per cent.
The MPC also decided to remain focused on withdrawal of accommodation to ensure that inflation remains within the target going forward, while supporting growth.
According to the RBI, owing to the elevated level of inflation and resilience in domestic economic activity, the MPC took the view that further calibrated monetary policy action is needed to contain inflationary pressures, pull back headline inflation within the tolerance band closer to the target, and keep inflation expectations anchored so as to ensure that growth is sustained.
These decisions are in consonance with the objective of achieving the medium term target for consumer price index (CPI) inflation of 4 per cent within a band of about 2 per cent, while supporting growth, Das said.
He also said the domestic economy is showing signs of broadening.
Das said the net foreign direct investment during the first quarter of FY23 was $13.6 billion up from $11.6 billion received during the previous year corresponding period.
Terming the domestic economic activity remaining resilient, he added that the southwest monsoon rainfall was 6 per cent above the long period average (LPA).
The Kharif sowing is picking up. High frequency indicators of activity in the industrial and services sectors are holding up.
The urban demand is strengthening while rural demand is gradually catching up.
Das said the merchandise exports recorded a growth of 24.5 per cent during April-June 2022, with some moderation in July.
Non-oil non-gold imports were robust, indicating strengthening domestic demand.
The RBI said the consumer price index (CPI) inflation eased to 7.0 per cent (year-on-year, y-o-y) during May-June 2022 from 7.8 per cent in April, although it persists above the upper tolerance band.
"Food inflation has registered some moderation, especially with the softening of edible oil prices, and deepening deflation in pulses and eggs. Fuel inflation moved back to double digits in June primarily due to the rise in LPG and kerosene prices. While core inflation (i.e., CPI excluding food and fuel) moderated in May-June due to the full direct impact of the cut in excise duties on petrol and diesel pump prices, effected on May 22, 2022, it remains at elevated levels," the RBI said.
India's foreign exchange reserves were placed at $573.9 billion as on July 29.
The RBI Governor said taking various factors into consideration the real gross domestic product (GDP) growth projection for 2022-23 is retained at 7.2 per cent.
Real GDP growth for Q1:2023-24 is projected at 6.7 per cent.