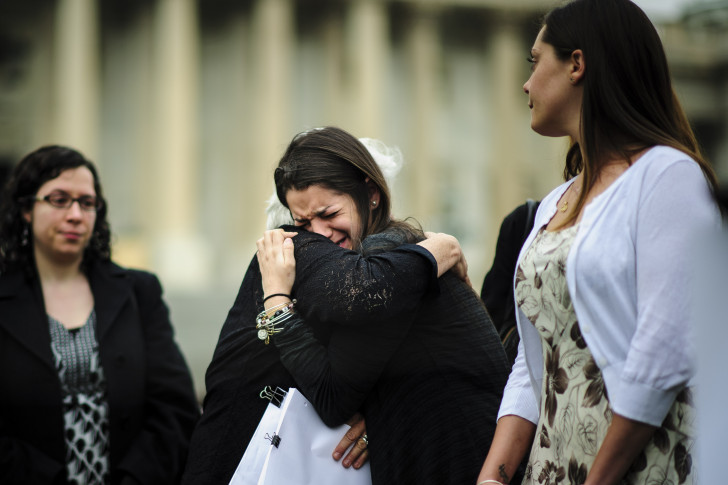 Houston, Aug 6
A Texas jury punished alt-right conspiracy theorist Alex Jones with a $45.2 million judgement, just a day after awarding a family he defamed $4.1 million in damages for falsely claiming that a 2012 US school shooting was a hoax.
The InfoWars host, who was deemed culpable by reason of default after refusing to provide court-ordered records, admitted in testimony earlier this week that the killing of 20 children and six educators at the Sandy Hook Elementary School in Newtown, Connecticut on December 14, 2012 was in fact "100 per cent" real, reports dpa news agency.
On Friday, the jurors in Austin, Texas, heard the plaintiff's team claim Jones is worth between $135 million and $270 million and that the $4.1 million Jones was ordered to shell out Thursday would not affect the right-wing broadcaster "one bit", nor would it deter him from continuing to disseminate dangerous misinformation.
They had asked for $150 million initially, which their counsel argued was still the amount Jones should pay it total. Jurors were asked that "they don't reward" Jones for pushing disinformation.
"He lied to make his money, he lies to keep his money," attorney Wesley Todd Ball told the court.
Jones' lawyer Federico Reynal contended Friday that Jones never instructed anyone to harass Neil Heslin and Scarlett Lewis, the latter of whom Jones never mentioned by name in his broadcasts. Questioning the plaintiff's estimate of Jones' worth, he asked that jurors "return a verdict that is proportionate" to the damage done by Jones.
Reynal also asked the 12 jurors to send the message "you will not be rewarded" to Jones' critics, who he blames for making the trial a heated issue.
Reynal also made mention of the "Clinton campaign," which was objected to by the plaintiff's team and sustained by Judge Maya Guerra Gamble. Ball accused the defence of presenting "alternative facts" to the jury.
Jurors deliberated for one full-day Thursday before awarding damages to Heslin and Lewis, whose son Jesse Lewis, was one of the students fatally shot in his first-grade classroom.
Plaintiff attorney Mark Bankston said after that $4.1 million was awarded to his clients for compensatory damages, Jones hadn't finished paying for his actions.
Jones' legal team, which conceded their client was "absolutely reckless in his coverage" of the Sandy Hook massacre, had asked the jury to award the plaintiffs $8 in compensatory damages, which would have amounted to a dollar for each count against him.
The 48-year-old conservative broadcaster is scheduled to return to court in August where further damages are expected to be rewarded in connection to two other Sandy Hook lawsuits.
Further judgements could be complicated by the fact Jones' parent company, Free Speech Systems, submitted a bankruptcy filing late last month.