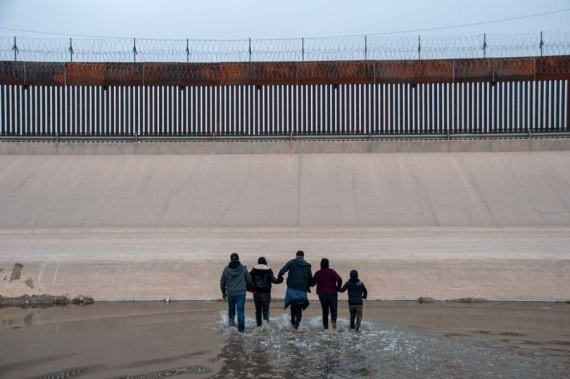 Mexico, Aug 6 : An investigation published by a Mexican newspaper revealed that 591 migrants were sexually abused in the last six years in the US by agents of the Immigration and Customs Enforcement (ICE).

The Milenio daily's probe, based on reports, statistics and internal audits of the US Office of Justice Program and ICE, indicated that the abuses were mostly against women and took place in ICE detention centres, where migrants "should have been held" until their immigration status could be determined and their cases processed, reports Xinhua news agency.

According to the investigation, most violations occurred in dormitories in ICE detention centres, many of which are run by private companies accused by human rights organisations of profiting from migrants and failing to guarantee dignified conditions, as well as in buses transporting migrants to Mexico.

The newspaper accessed 97 audits of detention facilities, in which the US Department of Justice found that between 2017 and 2021 abuses by ICE agents were constant.

The Department revealed in its latest report on sexual abuse in prisons that in the last six years, 591 people had been sexually abused in its migrant detention centres.

However, Milenio asserted that the figure could be underreported due to the fact that during the Covid-19 pandemic the counts were carried out intermittently, according to lawsuits which the newspaper was able to access.

One of the cases the investigation exposed was of a Mexican woman who was raped along with two other migrant women by three alleged US agents at a detention centre in Texas and later became pregnant.

"The stories are brutal and show that some immigration agents enter the areas where migrant women are detained and force them to take off their clothes for supposed searches and then abuse them," the report said.

It also underlined that "few cases reach the courts", while several migrant protection organisations have condemned the fact that "impunity prevails".

"Vulnerability has prevented many people from filing formal complaints for fear of reprisals," the investigation concluded.