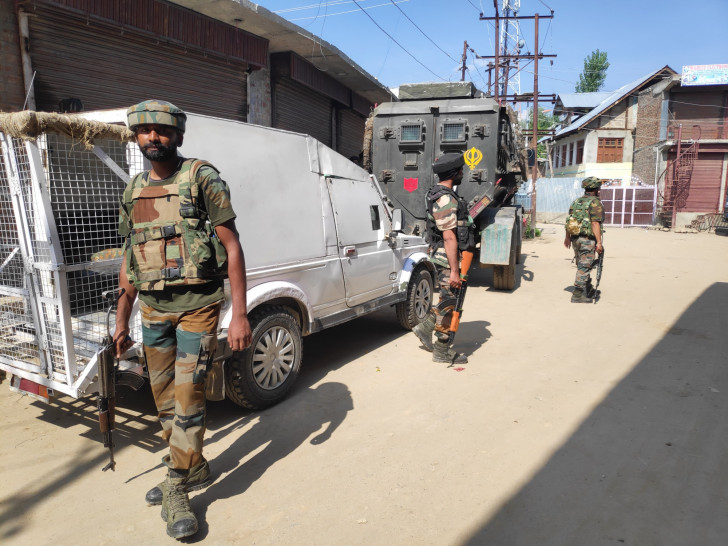 Srinagar, Aug 10
Three terrorists have been killed in an ongoing encounter between terrorists and security forces at Waterhail area in Central Kashmir's Budgam district, officials said on Wednesday.
"All the three hiding LeT terrorists neutralised. Bodies being retrieved from the site, identication yet to be ascertained. Incriminating materials, arms and ammunition recovered. A big success for us," Jammu and Kashmir Police quoting Additional Director General Police Kashmir zone Vijay Kumar tweeted.
Earlier, police said three terrorists of terror outfit LeT (TRF) including terrorist Lateef Rather were trapped in the encounter.
Police said terrorist Lateef is involved in several civilian killings including the killing of Rahul Bhat and Amreen Bhat.
The firefight had started after a joint team of police and security forces got an input about the presence of terrorists in that area.
Security forces cordoned off the area. Terrorists hiding there started firing drawing retaliation by the security forces.
There have been a series of encounters between terrorists and security forces across Kashmir over the last few months.
Many terrorists and their commanders have been eliminated.
Most of the operations have been jointly conducted by the police and the army on the basis of specific intelligence inputs.