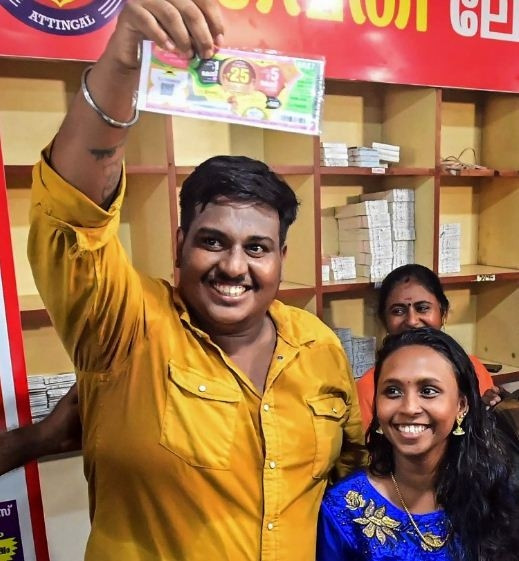 Thiruvananthapuram, Sep 23
Just five days after being announced winner of the Rs 25 crore first prize in Kerala government's mega Onam raffle, autorickshaw driver Anoop says he regrets his windfall.
"I have lost all peace of mind and I can't even reside in my own home as I am besieged with people who come calling to ask me to sort out various needs of theirs as I have won the first prize. I now keep changing where I stay as I have lost all peace of mind that I enjoyed till I won the prize," he said.
Anoop lives with his wife, child, and mother at Sreekariyam, about 12 km from the main capital city.
The winning ticket was taken by Anoop from a local agent here after breaking open his child's small savings box.
After deduction of tax and other dues, Anoop will get an amount of Rs 15 crore as the prize money.
"Now I really wish, I should not have won it. I, like most people, really enjoyed me winning for a day or two with all the publicity. But now this has become a menace and I can't even go outside where I stay. People are after me seeking help from me," he added.
He is using his social media account to tell people that he is yet to get the money.
"I have not decided what to do with the money and at the moment, I will put the entire money in the bank for two years . Now I really wish I should not have this, instead of this, may be a lesser amount of prize money would have been better," Anoop added.
Anoop rues that now the stage has come where many who were known to him who will become enemies.
"My neighbours are angry as many people who come looking for me hang around in the neighbourhood. Even when wearing a mask, people crowd around me knowing I am the winner. All my peace of mind has disappeared," said a peeved Anoop.