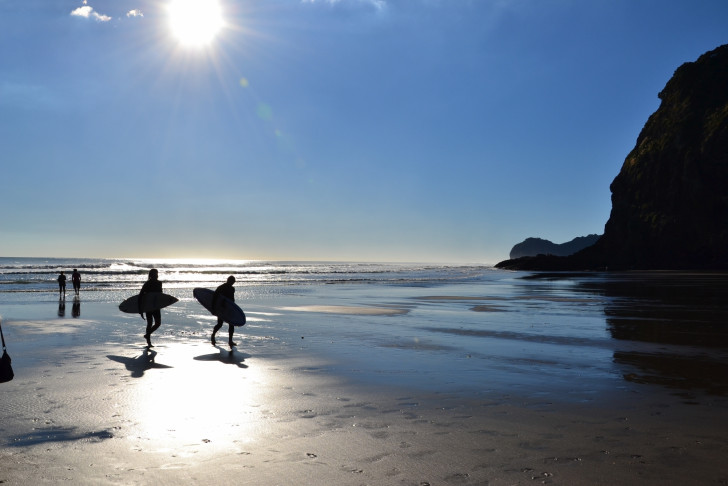 Wellington, Jan 24
Two Indian men lost their lives while trying to swim in one of the most dangerous spots at Piha Beach, located west of Auckland in New Zealand, media reports said.

Saurin Nayankumar Patel, 28 and Anshul Shah, 31, who had arrived from Ahmedabad last year on a work visa, did not know how to swim and drowned last week, The NZ Herald reported.

Patel was an electrical engineer, while Shah worked as a cashier at a gas station and arrived here in November 2022. They were roommates.

"It is a massive tragedy for the Indian community, the loss of these two men, and our thoughts go out to their families," Indian High Commission second secretary Durga Dass told The NZ Herald.

Confirming the identities of two men, Dass said that the Indian High Commission in Wellington was in touch with the victims' families in India.

United North Piha Surf Lifesaving Club president Robert Ferguson told Herald that a lifeguard in the tower spotted two people in the water near the river mouth around 200 metres from Lion Rock.

"By the time the lifeguards had got to the position where the swimmers had gone in and put their tubes and fins on and swam out, they were gone," Ferguson said.

He added that the spot where the two chose to swim was one of the most dangerous on the beach.

"Where they went in I wouldn't have gone in," Ferguson told The NZ Herald.

hE said it was an enormous response with off-duty lifeguards, rescue boats, police, paramedics and locals with expert health skills.

Resuscitation efforts started immediately after the pair was found, but it was too late.

Givealittle page has been created to raise funds to send their bodies back to India.