Dallas prosecutors move to dismiss all charges against Anand Jon 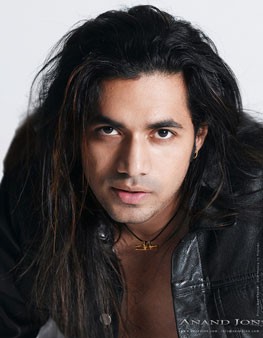 Dallas prosecutors move to dismiss all charges against Anand Jon

After indicting (June 2007) Anand Jon on three felony counts and dragging those charges for more than a decade, the Dallas District Attorney's Office has now dismissed ALL charges in response to Anand Jon's demand for immediate trial at the Dallas Court Room of the Honorable Judge Brandon Birmingham.

Anand Jon has suffered 11 years of a draconian 59 years to life prison sentence and continues to hold steadfast to his innocence. There was neither physical evidence (not a single “scratch” on anyone), nor were there any percipient witnesses to corroborate any criminal conduct. Additionally, Anand Jon passed a lie detector test to further prove his innocence. In April 2007, despite finding that Anand Jon had no history of violence, he was not a flight risk, and he was not a threat to anyone, Judge Elden Fox of the Beverly Hills' court set Anand Jon’s bail at $1.3 million dollars, which was promptly paid. However, Beverly Hills Police Department (“BHPD”) re-arrested Anand Jon during a court hearing (Jun. 12, 2007) by convincing the Dallas Police to file these Dallas charges (the same claims that had already been investigated and rejected earlier in Dec. 2006) which in turn revoked Anand Jon’s California bail and crippled his defense.

Beverly Hills Police Department Det. George Elwell testified, and the L.A. prosecution assured the L.A. trial court, that they had "met their burden" and turned over everything and had run background searches on all prosecution witnesses wherein they found no criminal records or impeachment evidence whatsoever. However, at least five criminal convictions, multiple acts of moral turpitude, and impeachment involving the prosecution witnesses has since been confirmed to have existed during that time but was withheld from Anand Jon’s defense team and the trial jury. The Brady errors and subsequent prejudice is self-evident because the jury found Anand Jon "not guilty" and/or "hung" on those complainants for whom similar criminal records or impeachment were revealed to the jury. Despite providing substantial amounts of newly discovered and previously withheld evidence by the BHPD that pointed not just to Anand Jon’s factual innocence, but showed he was the victim of a conspiracy among scorned women and disgruntled business associates, the Dallas District Attorney moved to dismiss all charges against Anand Jon for “neutral” reasons without further justification. Dallas defense counsel Rajish Jose of the Beltz Law Firm noted that the Dallas prosecutor's purported reasons to drop all three accusers and all charges are due to Mr. Alexander’s convictions in California and the "cost of transport" from California. Such excuses are absurd and if anything, an attempt to cover up the litany of transgressions by law enforcement that caused the conviction of an innocent man in the overlapping California case.

Under the Dallas prosecutor's own reasoning, the Dallas cases should have been dismissed almost ten years ago when Anand Jon was convicted (Nov. 13, 2008); or at least, when Anand Jon was convicted (Aug. 31, 2009). Certainly, not after a decade and only upon Anand Jon’s independent demand for trial and at a cost of hundreds of thousands of dollars in expenses to all parties and tax payers.

Not only has the Dallas prosecutor given statements in the media well after Anand Jon's California convictions, but as recently as last year, arranged for "open discovery" and turned over Brady materials.1 Therefore, this dismissal appears to be a knee-jerk attempt to insulate the insidious joint investigation between the BHPD and other law enforcement agencies across the country. In fact, officers from the BHPD, after being caught red-handed in gross misconduct, (that would qualify for felony charges against the police & prosecutors under the new 2017 California Assembly Bill 1909 law signed by Jerry Brown and authored by Party Lopez of the 39th District, who is running for office), were supposed to be subpoenaed for a show cause hearing in Dallas.2 Additionally, attorney Corey Parker of the AmericanJusticeAlliance.org has filed an Amicus letter in support of Anand Jon's writ of habeas corpus at the California Supreme Court highlighting the extraordinary racial & religiously biased overtones and communal inflammatory tactics employed by the L.A. prosecutors in getting the jury to convict this "foreigner" from India who "intertwined spirituality;" "meditated…sat cross-legged on the floor;" "read foreign symbols [Hebrew] from right-to-left;" and targeted "white women," despite the L.A. trial court's ruling to "not delve into any religious, moral, or spiritual areas."

The retroactive implications of these favorable change of circumstances upon getting relief in the California convictions is all the more profound because, after admitting the lack of any physical evidence or percipient witnesses to corroborate any criminal conduct, the L.A. prosecutors repeatedly relied upon a supposed "very rich history of sexual violence in other states" to accomplish the convictions. Incredibly, Anand Jon had not gone to trial at that point on any out-of-state charges whatsoever, much less been found "guilty" on any such allegations.

Instead, Anand Jon has since favorably dismissed all such out-of-state charges. Anand Jon's legal victories, New York (Feb. 2013), Houston (Dec. 2013), and now in Dallas (May 2018), are tremendously compelling towards relief in California because these are essentially one intertwined case featuring the same witnesses, complainants, and overlapping claims. The California cases hinged entirely on the "credibility" of the accusers and a deadlocked jury delivering a mixed verdict (not guilty, hung jury, & guilty) after 2 weeks of deliberations. A few months after the L.A. trial, "juror misconduct" was declared with prejudice being presumed, yet no new trial was granted showing the continued prejudicial effects of the corrupt trial proceedings Anand Jon suffered.

1 The Dallas prosecutor turned over Child Protective Service (“CPS”) records in 2016 showing a disturbing pattern of virtually identical false allegations by one Dallas complainant and witness at Anand Jon’s L.A. trial. A year before the accuser met Anand Jon, she had accused her own brother and his best friend of almost identical behavior under a similar scenario of being drugged and assaulted. Not only were these claims rejected after a thorough investigation by CPS and law enforcement, but this accuser required institutionalization and psychological treatment for her documented unstable behavior.

2 On Sep. 7, 2017, subpoenas from Texas lead to the Los Angeles Superior Court ordering the BHPD to produce the voluminous items they were legally bound to turn over in 2007/2008 but failed to do so, and/or explain in an affidavit why several of these known items and favorable information has since gone "missing." When the BHPD, via their attorneys, refused to provide such an affidavit, Anand Jon took up the LAX court’s own recommendation to subpoena the officers to testify in Dallas which in turn immediately lead to the Dallas prosecutor moving to dismiss the cases. The Defense's opposition to dismissal summarized face to face meeting where the Dallas prosecutor assured that he would admit on the record that the REAL reason for dismissal was due to the fact their complaining witnesses were no longer found to be "credible." However, the same Dallas prosecutor apparently backpedaled on this promise.